NYSCC Suppliers Day – back on track

Suppliers’ Day (11-12 May) returned to form this year following a lacklustre 2009. Innovation was plentiful and with a record number of exhibitors and visitors the message was clear that the US C&T industry is back on track. Emma Reinhold reports

Suppliers’ Day (11-12 May) returned to form this year following a lacklustre 2009. Innovation was plentiful and with a record number of exhibitors and visitors the message was clear that the US C&T industry is back on track. Emma Reinhold reports

What a difference a year makes. In contrast to the subdued mood that hung over Edison’s New Jersey Convention and Exposition Center 12 months ago this year’s Suppliers’ Day regained a sense of confidence as exhibitors and visitors sought to leave the recent economic hardships firmly in the past and focus on getting on with business.

This year’s show was the largest in the event’s history thanks to a reconfiguration of the show floor which saw the food and eating area moved out of the main hall, freeing up more space for extra booths. Under the theme, ‘Empowering the world through technology’, more than 8300 companies passed through the doors, with 5000 described as ‘non-exhibitor related attendees’. There were 550 booths, with a waiting list of 40 companies and in contrast to previous years, admission badges were sent to registered visitors prior to the show start, which sped up entry to the event and helped prevent the now infamous first day queues that used to snake around the convention centre car park. 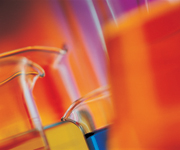 “We’ve been really pleased with the turnout this year. There were more people on the first day alone than all of last year’s visitors combined,” show chair, Brian Hom told SPC. “We’ve made some improvements to the show as well and they have been really popular with people. There was no line this year for the entrance or for food as badges were mailed out prior to the show. This cut down on queues and double scanning so numbers are much more accurate.”

These improvements included the introduction of coffee and pretzel bars serving complimentary snacks and refreshments, as well as providing areas for visitors to network and meet colleagues. Elsewhere interactive information was provided on flat screen TVs that detailed exhibitors’ latest innovations as well as information on the show. And for the first time, Suppliers’ Day welcomed its first French contingent in the form of a French pavilion, spearheaded by the French Trade Commission.

“The pavilion has been paid for by the French government and has allowed 17 companies to exhibit at the show who couldn’t normally afford to come otherwise,” explained Hom. “It’s a great opportunity for small companies to be discovered. We wanted to attract smaller companies for whom affordability and visibility is very important.”

The sentiment was echoed by Alain Saintrond, whose company Créations Couleurs was one of the 17 making up the pavilion. “The French pavilion has helped a lot of companies and we’ve been very happy with the traffic and the quality of contacts so far,” he said.

On the show floor the mood was similarly upbeat with exhibitors and visitors both agreeing confidence had returned to the show.

“There’s certainly more buzz across more companies this year than there was last year,” said HallStar ceo, John Paro. “People are getting back on the innovation bandwagon.”

“People are curious again and more importantly have jobs. There is a positive vibe for sure,” agreed Dawn Kosaik, sales manager – North East, Alban Muller International.

“The number of people here appears to be higher and customers are very busy formulating,” added Anna Howe, Evonik. “The market is there and the industry is back on track again but I think the last two years of the economic situation has made it more of a US event.”

Zenitech’s Carter Le Vay agreed: “It’s been a good two-day show. Attendance has been good due to business picking up and the general vibe is good but people have had three difficult years and a lot of [US] people have not been going to Europe so have come here instead to see what Americans have got.”

Marcie Natale, market development manager, Eastman added: “A lot of traffic has been coming through the show and the mood is friendly but we are mostly seeing US-based employees.”

In recent years the overriding theme on the show floor at Suppliers’ Day has revolved around the natural and organic phenomenon, and while this is still a major trend in ingredient development and product formulation, a new breed of multifunctional products combining enhanced performance and ease of use were evident at the show.

“The product offering has been smarter in terms of technology, nature and delivery – products have been more thought about,” said Hom.

“Customers are looking for convenience and multifunctionality right now – it’s all about answering their needs,” added Evonik’s Anna Howe.

Croda introduced Crodamol SFX, a patented multifunctional emollient ester, described as an alternative to cyclomethicone D5, which due to Canadian regulations over its use in personal care products, has become a hot topic. The new emollient is said to provide a silky dry feel to skin, similar to silicone, as well as adding gloss and shine to hair. Previously these attributes were difficult to produce in D5 alternatives but Croda says it has found excellent results in both quantitative and qualitative analysis.

The solvent also has several additional functional benefits including acting as a solvent for several organic sun filters such as avobenzone, as well as providing good pigment dispersion properties and acting as a detackifier of lanolin, petrolatum and polyisobutene. Furthermore Croda says the emollient can wet pigments at low use levels for easy dispersion of a broad range of iron and metal oxides used in colour cosmetics and sunscreen formulations.

The HallStar Company meanwhile debuted a new photostabilising silicone fluid that is said provide the aesthetic benefits of silicone with HallStar’s triplet-quenching photostabiliser technology. HallBrite PSF is an organo-modified silicone polymer which improves the feel and spreadability of sun care and daily wear products, whilst photostabilising the active ingredients including avobenzone. The ingredient was developed as part of a new agreement between HallStar and SurfaTech Corporation, which will see the companies create and market new multifunctional molecules for personal care formulations.

“The testing has focused on two benefits – anti-ageing and hair volume,” explained Kristen Scheibert-Mizell, Dow Corning Life Sciences North American marketing leader. “A number of our silicones can address both these concerns as we found they provided a significant volume increase in addition to their main primary benefits, be that colour or heat protection or shine. It gives the formulator a much clearer choice – it’s no longer enough to just have one benefit from your product.”

Also within hair care, AkzoNobel introduced a water-based styling polymer to the North American market claimed to offer formulators long lasting hold and humidity resistance, along with flexibility to create a natural finish. DynamX H2O, made up of polyurethane and acrylates, is said to enhance performance in products without leaving hair tacky.

“DynamX H2O provides strong yet flexible hold,” said Laurie Marshall, global marketing director, styling, AkzoNobel. “Customers want flexible properties particularly from a mousse but the polymer that was supplied was in alcohol which is no good for a mousse. However DynamX is based in water.”

Momentive, which celebrated its 70th anniversary at the show, focused multiple sensory benefits with the introduction of Velvesil 034 organosilicone gel. The product is said to help deliver brighter, more uniform colour to make-up formulations as well as improving coverage in daily sunscreens and enhancing the stability of a wide range of personal care products.

Gelest meanwhile used Suppliers’ Day to introduce a line of surface modified pigments and fillers designed to address the needs of colour cosmetics formulators. The surface treatment is performed at Gelest’s on-site powder processing facility and the company offers several requirements such as inert atmospheres, low temperatures and vacuum drying.

As with in-cosmetics, held in Paris in April this year, sustainability was a popular theme with exhibitors at Suppliers’ Day. Eastman introduced a new range of cosmetic grade rosin resins for use in colour cosmetics derived from a natural and renewable source. The products are said to contribute gloss and adhesion to lipsticks, and a liquid variant can be also used as a plasticiser and fragrance fixative.

The company also previewed a forthcoming range of green emollient esters developed using its award winning green biocatalytic process. “The process provides not only a significant reduction in energy and greenhouse gases used but is a cost effective alternative; paying more for green will no longer apply. We’re actively engaged in discussions with formulators and personal care brands to develop products,” said Natale.

Evonik meanwhile introduced Tegosoft OER, a new vegetable-based emollient produced enzymatically. The enzyme reaction takes place at room temperature helping to reduce energy use by up to 60% compared to conventional chemical processes, and reduces the formation of pollutants by up to 88%, according to the company. The emollient is claimed to have caring properties and a smooth non-oily skin feel. It is easily formulated and can be used in both o/w and w/o solutions.

Elsewhere natural and organic launches were still popular. Gattefossé promoted its 100% organic orange water, which has been granted USDA NOP certification, while Zenitech introduced two new oils in pomegranate and blueberry variants. Protameen introduced a new line of natural exotic butters including kokum, sal, illipe, mango, almond and dhupa. “These are up and coming butters that give an alternative to traditional butters like shea,” explained Manny Balsamides, vp operations.

With such innovation and diversity on show at Suppliers’ Day, it seemed the dark days of recession that threatened last year’s show were just a bad memory. As Hom concluded: “The goal of Suppliers’ Day is to entertain all companies here. If the industry does better out of the show then we’ve done our job.”