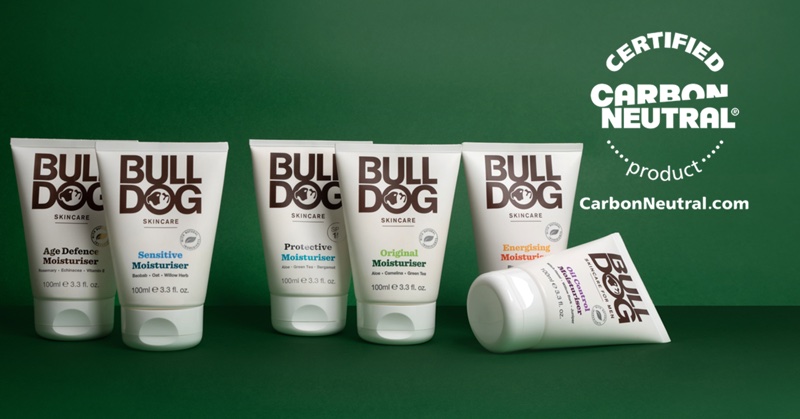 Male grooming brand Bulldog has reached a new milestone in its fight against climate change by certifying all of its moisturisers as carbon neutral.

The verification means that the carbon emissions produced during the extraction and processing of materials, as well as the packaging, manufacturing and distribution of its products are completely offset.

Since its venture to the carbon neutral space, Bulldog is said to have offset some 530 tonnes of CO2.

“As a brand, we take our responsibility to help build a more sustainable future for our planet extremely seriously,” said the brand’s General Manager, Caroline Mallet.

“That’s why we’re so proud to be leading the category by taking additional steps on our carbon neutral journey both in the UK and internationally.”

Bulldog has also certified its Original Moisturiser carbon neutral in France and Germany.

“To know that when our moisturisers arrive on-shelf they are carbon neutral is really very rewarding,” added Mallet.

“There is of course still more work to be done so we won’t be stopping here.”

The trailblazer in male grooming has shaken up the category with its sustainability-first ethos.

Founded by Simon Duffy, the brand was the first to release a razor made from recyclable bamboo, and in 2020 introduced a glass razor developed using recycled beer bottles.

Meanwhile, the packaging for its roll-on deodorants, which are a traditionally hard-to-recycle bathroom product, are housed in mono plastic tubes that are 100% recyclable.