The personal care giant has agreed to use renewable energy, produced at two new solar power plants in Spain, at its production sites 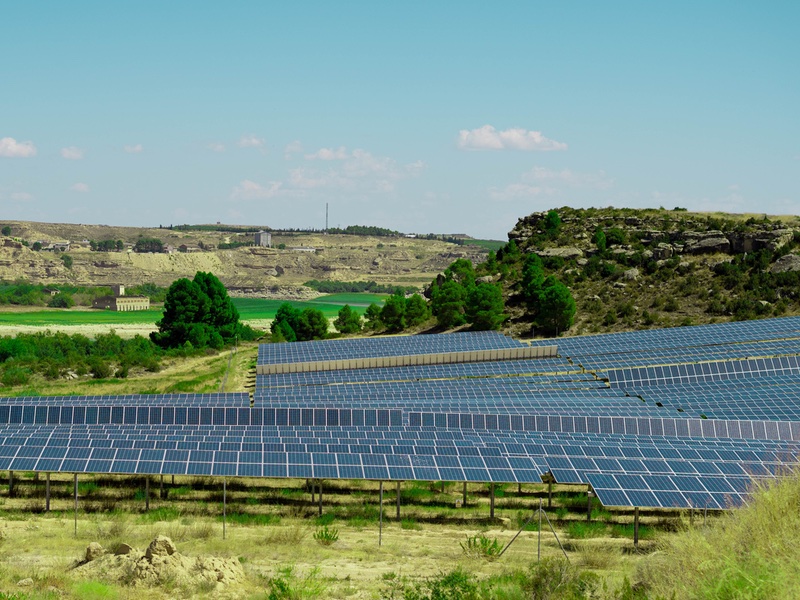 Henkel is investing in solar energy production via a project to build two new power plants in Spain.

A VPPA is a long term contract for solar powered energy between a buyer and power project developer.

Henkel’s portion of the electricity produced will equal the demand of more than 40 of its production sites across Europe.

The solar energy plants will avoid 72,000 tons of CO2-emissions each year in comparison to electricity generated via fossil resources.

They will also have an overall production volume of around 220,000 MWh per year.

Situated in Castilla y León and Andalucía, the plants will be connected to the Spanish grid in summer 2024.

The investment is part of the company’s goal to use 100% renewable electricity in its production sites by 2030.

“We are on a journey toward an environmental transformation of our business model,” said Ulrike Sapiro, Chief Sustainability Officer at Henkel.

“As we aim for climate-positive operations by 2030, projects like this VPPA are an important lever to increase the share of green energy available in the grid.

“And, thereby, accelerate the broader conversion from fossil to renewable energy.”

Petra Spallek, Henkel’s Corporate Vice President of Purchasing, added: “This VPPA is the most impactful multi-year renewable energy contract for Henkel in Europe.

“We appreciate our cooperation with IGNIS and look forward to breaking ground on this fantastic project.”

The solar plants will be constructed and fully operated by IGNIS.

“We are strongly committed to becoming one of the key Independent power producers in Europe and supporting its clients in the energy transition around the world,” said Santiago Bordiú, CEO of Asset and Energy Management at IGNIS.

“We are proud to have signed this agreement with Henkel and to become one of their partners for the use of renewable energy.”

The new Henkel Consumer Brands division will provide the personal care giant with a multi-category platform for growth.

The company believes it will give them a “competitive advantage” in innovation, sustainability and digitisation.

Henkel is not the only beauty giant trying to reduce its environmental impact.

Many conglomerates and companies are investing in greener measures as part of their eco initiatives.

Denny Bros has just completed the final phase of the solar panel investment at its Kempson Way headquarters.

There are now more than 1,800 panels on the roof of the building.

The Ordinary has donated $100,000 to a renewable energy project in Labrador, Canada.