Will King exits King of Shaves

After 21 years at the helm of King of Shaves Will King has decided to step down.

After 21 years at the helm of King of Shaves, Will King has decided to appoint Andy Hill as CEO of the company. Since the launch of the first Shaving Oil back in 1993, Will King has steered King of Shaves to become one of Britain’s best known challenger brands in the hugely competitive men’s shaving market. 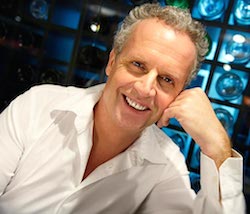 Writing on his blog Will commented: “Building the King of Shaves brand has been my life for the past 21 years. I’ll be 50 next year and I have many ambitions and aspirations, and I will tell you about these at another time… So with my Board’s agreement, and with immediate effect, I am standing down as CEO, remaining Founder, Board Director and the largest shareholder. I am delighted to announce that one of my most trusted lieutenants, Andy Hill – who’s been with me since 1995 – has been appointed CEO and to our Holding Company Board. I can think of no one better to take King of Shaves business and brand forward – continuing with the mission of “shaving people smarter”. Like me, Andy studied Mechanical Engineering, and led the Hyperglide development team. Between 2004–2009 he was Managing Director of KMI, the company I founded in 1993 and is exceptionally well placed to build on the brands’ 21 year old foundations and reputation.”

The Telegraph and Times newspapers also report that he has appointed the boutique investment bank William Blair to run a sales process that could value the business at more than £50m.