From April, the ethical beauty store will roll out its in-store refill service to 400 stores worldwide 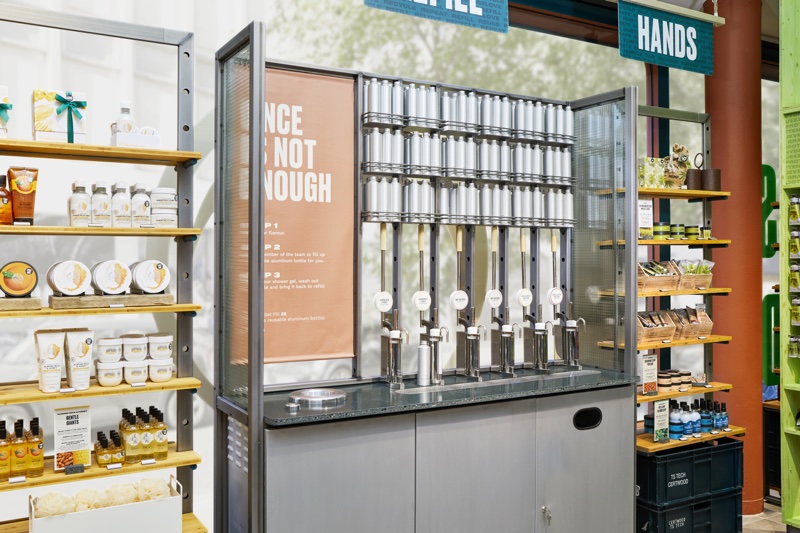 The Body Shop's refill station inside its London concept store

In an effort to make beauty refills mainstream, The Body Shop has kick-started a roll out of its refill stations to more than 400 stores globally.

The introduction of its new stations is expected to launch next month, while another 400 stores are earmarked to debut the refill system in 2022.

With an aim to make refills ‘easy, convenient and accessible’ to all customers, the new plan is the beginning of the brand’s 5-year mission to set up refill stations in the majority of its stores worldwide.

To date, consumers can refill up to 12 of The Body Shop’s shower gels, shampoos, conditioners and hand washes with their reusable aluminium bottles in a handful of stores, including its London concept store, UK (pitcured).

The brand, owned by Brazilain personal care maker Natura&Co, said that by switching to refill bottles, customers could save up to 25 tonnes of plastic from being wasted every year; if the average consumer uses 32 plastic bottles from their shampoo and conditioner to hand washes and shower gels, annually.

“The Body Shop wants to inspire and empower individuals all over the world to change the way they consume beauty products,” the B Corp company said in a press statement.

“They want to call out eco-activists to join their refill revolution and make refill part of their new, more sustainable beauty lifestyle.” 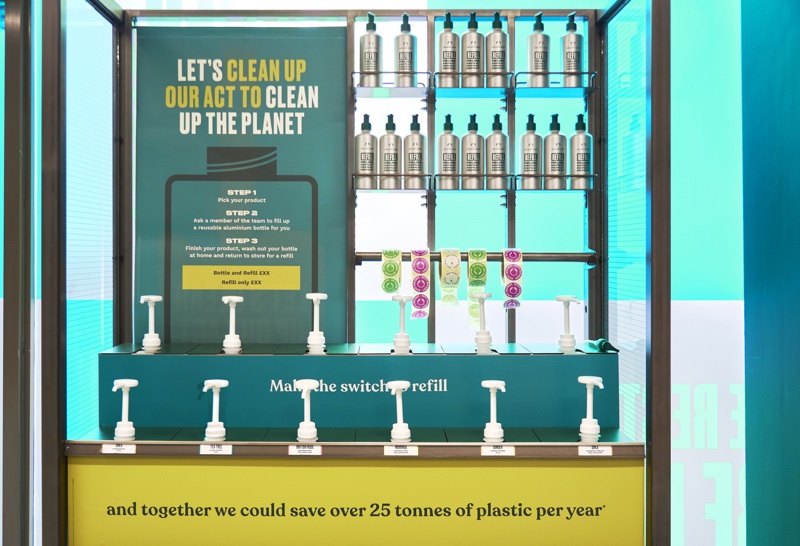 Throughout its history The Body Shop has been a pioneer in the fighting against climate change.

In the early 90s, The Body Shop introduced its first in-store refill service at a time before refill stations were common in bricks-and-mortar.

“Why waste a container when you can refill it?” said the beauty brand’s late founder, Anita Roddick.

“And why buy more of something that you can use? We behaved as my mother did in the Second World War, we reused everything, we refilled everything and we recycled all we could.

“The foundation of The Body Shop’s environmental activism was born out of ideas like these.”

The group has also been acclaimed for its activism in the beauty sector, from leading campaigns against animal testing to providing releif for refugee children.