3 new patents in the world of male grooming 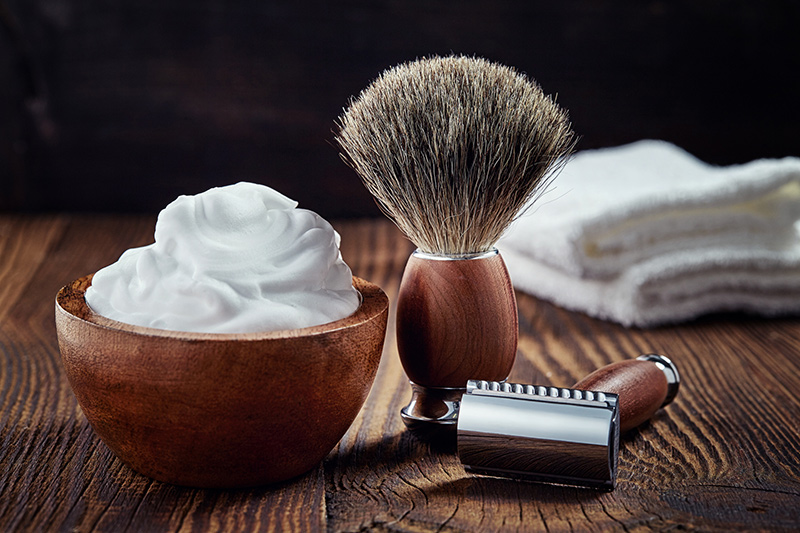 Cosmetic products are either washed off after application or are intended to remain on the skin to increase their effectiveness.

The patent describes an aqueous cosmetic or dermatological preparation for application on wet or moist skin, which exhibits a skin care effect and can be applied under the shower.

However, at least one polyacrylic acid polymer may have emulsifying properties, whereas another one will improve the sensory properties of the composition.

The fatty alcohol component varies between 3% and 13% and is a mixture of myristyl, cetyl and stearyl alcohols.

The microcrystalline wax represents up to 45% of the composition and it forms a partially occlusive protective film on the skin, which protects it against drying out. The preferred hydrocarbon oil is mineral oil (INCI: Paraffinum liquidum).

Other optional ingredients to improve aesthetics and stability or to make cosmetic claims may be added.

The applicants claim that the preparation may be applied to wet skin in the shower as a moisturising body lotion. It may also be applied to the wet face prior to shaving.

The patent describes a composition to lubricate skin prior to using an electric razor.

It comprises at least one polyfluoroalkyl dimethicone polymer in a volatile carrier and an agent to suspend it in the volatile component.

It is claimed that the composition dehydrates moisture on the skin or facial hair to reduce friction between the skin’s surface and razor, and improve the feel of the skin.

About 5% perfluorononyl dimethicone is included to impart lubricity and the preferred volatile component is ethanol, comprising at least 70% by weight of the total composition.

The preferred suspending agents are acrylate copolymers and/or acrylatealkyl copolymers, and various possibilities are identified by INCI name, trade name and supplier.

Optionally suitable emollients are included; isodecyl neopentanoate, isodecyl myristate and triethylhexanoate are named and included at a total of 5%.

Shaving creams are designed to provide a soothing affect by adding moisture to the shaved area and lubricate the interface between the blades and the skin.

Of the three types of shaving creams, lathering ones are the most common but have a relatively high pH that can produce skin irritation.

Non-lathering shaving creams or gels are simple oil-water emulsions that provide lower pH due to the absence of metal hydroxides, but do not define unshaved areas.

The use of volatile hydrocarbons (VOCs) to promote foaming reduces the lubricity of the final product on the skin and VOCs are preferably avoided for environmental reasons.

The patent describes a shaving aid composition that includes an organic polyhalogenic agent to promote post-application foaming and increase lubricity.

Specifically, the shaving aid is said to provide improved lubrication and reduced irritation from shaving, and does not rely on hydrocarbons for foaming.

Therapeutics are optionally included to reduce sensitivity or treat skin conditions such as acne vulgaris and pseudofolliculitis barbae.

The basic composition comprises about 15% triethanolamine stearate; about 7% methoxynonafluorobutane; about 0.75% polyethylene; about 0.5% lauroyl lysine; and water.

To this may be added vitamin A or its derivatives, hydroxy acids, benzoyl peroxide, antimicrobials, anti-viral agents, non-steroidal anti-inflammatory agents, UV filters, lipids or immunomodulators.