In Italy the world congress of cosmetic science 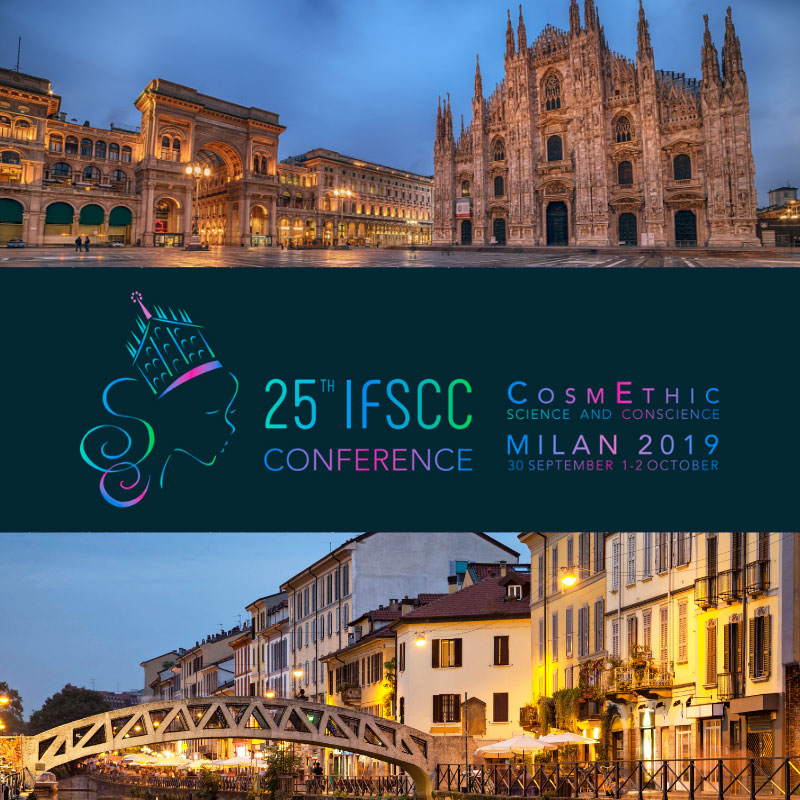 At Milan's MiCo, from 30th September to 2nd October, SICC (Italian Society of Chemistry and Cosmetic Sciences) will host the 25th IFSCC congress, dedicated to the world of cosmetics, entitled "CosmEthic Science and Conscience", a journey through the frontiers of cosmetic science, in order to overcome the boundaries of the knowledge of this wonderful subject.

The universe, in fact, chosen as a vehicle of communication and a metaphor for cosmetics, embodies as its best the challenge to finding rational solutions to issues which aren’t rationalised often.

The international event, back in Italy after 14 years, will open with a musical and visual show by the Deproducers: four producers of the caliber of Vittorio Cosma, Gianni Maroccolo, Max Casacci and Riccardo Sinigallia are proposing to set live the space conference of the astrophysicist and director of the Milan Planetarium, Dr. Fabio Peri, who will explain the cosmos’ wonderses and the recent achievements of space.

This will be followed by a masterly reading by Prof. Michael Zaworotko, a world-renowned chemist among the most appreciated and valued.

On October 1st, scientific lectures will be held in 10 sessions, each conceptually linked to a planet of the solar system. The topics addressed will concern about microbiome, sustainability, formulation, raw materials, quality and safety, communication and marketing, biodiversity.

Following, 5 Keynotes with Luigi Rigano, Patrice Bellon, Laurent Gilbert, Joerg Von Hagen and Serena Tongiani and the podium works which the Scientific Committee has evaluated among the over 450 received works.

The organizers focuses a lot on the presence of young people passionate about the subject, so much that for them there’s a reduced quota "Under 31". Young people are also the winners of the scholarships promoted by SICC for two projects organized respectively by the Universities of Camerino and Ferrara.

The Congress will close with a “Gala Dinner” hosted by a renowned three-star Michelin catering at WJC Square, and with the performance of the charming soprano Silvia Colombini.

Until the end of August is possible to register in order to take part in scientific sessions and the social initiatives program.

The reference point for any information about the event is the following website: www.ifscc2019.com.