In October 2022, Sephora returned to the UK with an online beauty store and will open its first bricks-and-mortar location at Westfield White City 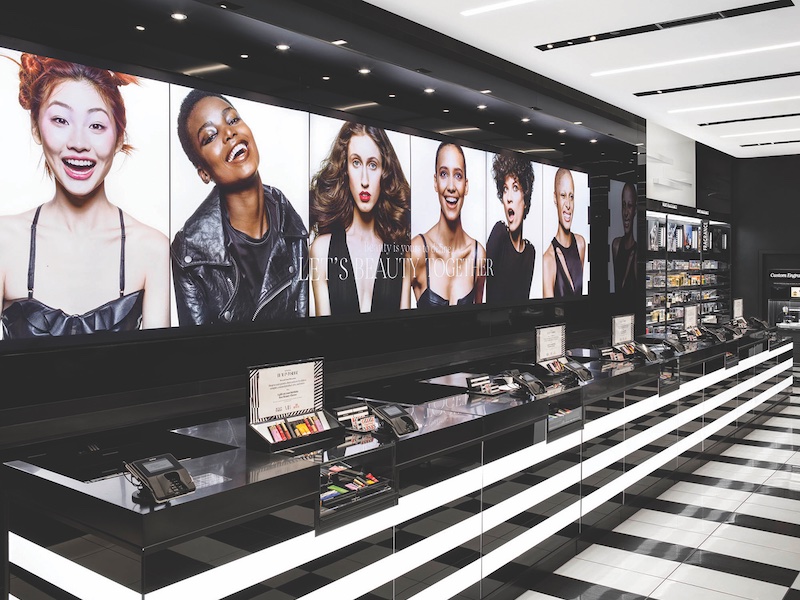 Sephora was first launched in Paris in August 1970

After six years of speculation and over 17 years after it exited the British market, Sephora officially made its return to the UK in 2022.

This came with the announcement of a new London store slated to open in Spring 2023, which was first discovered by Cosmetics Business to be located at Westfield in White City.

The new store’s façade will follow Sephora’s black and white stripes design ethos, along with ambient lighting, textured finishes and a focus on greenery.

“We are very excited to open our first store in London, which is something we know our Beauty Community has been waiting for many years”, said Sarah Boyd, Managing Director of Sephora UK.

“As the creator of multi-category, multi-experience prestige beauty retailing, we are thrilled to bring London a store that aspires to meet the needs of every beauty occasion.”

Prior to its official announcement, sources close to Westfield told Cosmetics Business they had seen evidence of retail display installation from the LVMH-owned chain at the west London mall.

Boxes and signs with Sephora branding were also spotted in storage areas, the sources said.

Signage with 'Sephora' written on the employee back entrance for the upcoming store was also present.

The outlet is likely to be located at unit SU2209 on the first floor at the north end of the retailer complex, between electrical retailer Currys and fashion chain Pull & Bear.

Sephora went to great lengths to keep the location of its upcoming store underwraps.

Other units undergoing a refit at Westfield have signage indicating to consumers which brand will be located there.

However, Sephora's apparent unit is currently bordered up with a generic logo stating that a “new retailer” will be “coming soon”. 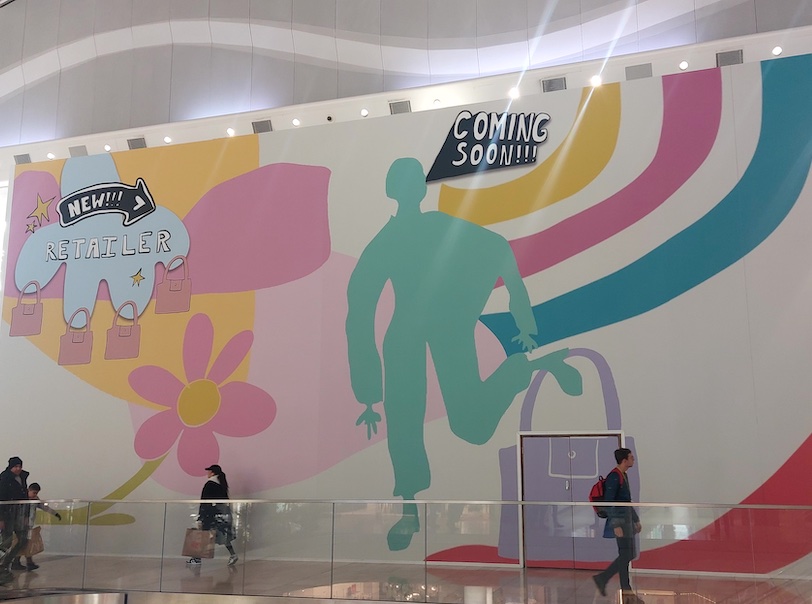 An anonymous employee at fashion retailer Guess said that there had been rumours among team members that Sephora would be moving into the location, but Westfield attempted to keep information about the new retrailer under wraps.

The store will be located on the same stretch of the shopping centre housing beauty retailers Lush, L’Occitane, Space NK, Boots and Rituals.

Exclusive beauty brands available at the store will include Makeup by Mario, GXVE by Gwen Stefani, ONE/SIZE by Patrick Starrr, Vegamour, Skinfix and Commodity.

Products from Tarte, Glow Recipe, Supergoop!, Danessa Myricks and Kosas will also feature in the UK for the very first time.

“Sephora is one of the most requested stores by Westfield London customers and I am delighted they have chosen our destination to open their first physical store in the UK,” added Katie Wyle, General Manager at Westfield London.

Sephora officially returned to the UK in October with an e-commerce platform for the country and confirmed that a bricks-and-mortar presence will open in Spring 2023.

It comes after a rocky history with the UK market, after the LVMH-owned business opened its first UK store at the Bluewater shopping centre in Kent in 2000.

This was followed by a further nine openings following the debut launch.

However, it would go on to shutter its entire UK portfolio in 2005, following fierce competition from established British beauty businesses such as Boots.

But Sephora’s interest in the UK did not completely fade, as it acquired British e-tailer Feelunique in 2021.

This culminated with Feelunique being officially absorbed into the Sephora business in October 2022.

Feelunique's Jersey and Guernsey bricks-and-mortar outlets are likely to become the first of the beauty retailer's non-London locations.

Sephora launched its first store in Paris in August 1970.

It was then purchased by French perfumer Dominique Mandonnaud in 1993, who merged the business with his own fragrance chain under the Sephora brand.

Luxury giant LVMH would go on to acquire the brand in 1997.