On the back of a positive Q4 for the beauty conglomerate, Cosmetics Business finds out from Coty’s Chief Brands Officer how it has pulled off the turnaround and why it’s hedging its bets on ‘clean’ in the future 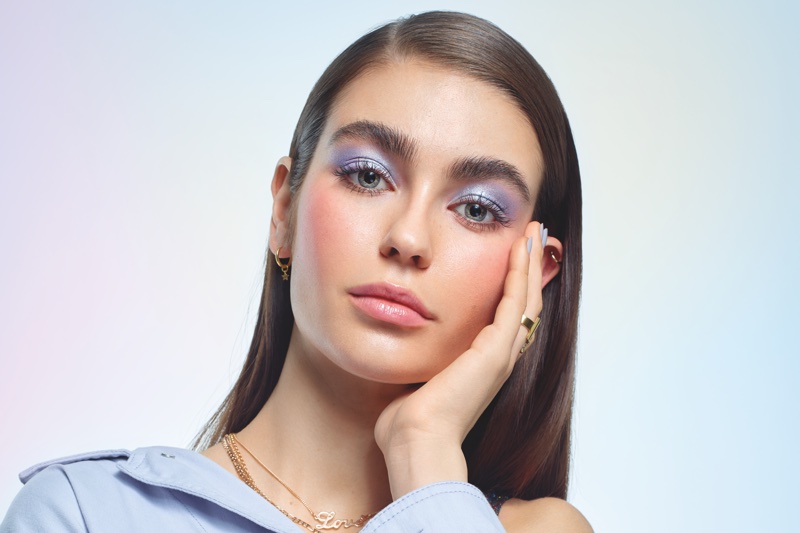 The pandemic has not been kind to the event – what appeared to be – the strongest of beauty brands.

Boots saw a dramatic drop in sales despite being allowed to remain open as an essential retailer and beauty Goliath L’Oréal suffered disappointing revenues as customers cut back on cosmetics; and those in not-so-stable positions pre-Covid-19 have had to battle the toughest of circumstances seen this side of the millennium.

Since 2017, cosmetics owner Coty was struggling to balance its books. Its headquarters were a revolving door for executives and a historic deal in 2016 with P&G to purchase 41 consumer brands, was not reaping the US$9bn in revenue it had bargained for.

And over the next two years, cracks were beginning to show in its Consumer Beauty division, which includes drugstore brands CoverGirl and Rimmel, with reported losses of US$14.2m. Although slightly up on the same period a year before, it represented a 9.7% decline in like-for-like revenues.

Performance was further hindered dramatically by the acquisition of multi-level marketing brand Younique. Coty forked out $600m for a 60% stake. But business did not take off as expected and its revenues were impacted by the business’ 2% downfall, forcing Coty to offload its share just two years after investing.

Tumbling revenues and an inability to keep up with the changing demands of consumers, Coty was forced to enter a period of transition that would see the group attempt to cut costs of up to $700m.

In a drastic turn to improve its balance sheets, the company sold off its beleaguering professional portfolio in May 2020, which included Wella, Clairol, OPI and ghd brands, in a $4.3bn deal, resulting in a much needed $3bn cash injection for the conglomerate.

Pierre-Andre Terisse, Coty’s then CFO said the move was “game-changing” for the company as it took steps to reduce its outgoings.

To tackle its troublesome business model it hired some of the best minds in the business.

At the back end of 2019, former Mars VP, Pascal Baltussen, became the group’s Chief Procurement Officer, while Richard Jones was charged with responsibility of its supply chain operations.

But both have since been shown the door, less than two years after taking on their roles, and that is just the tip of the iceberg for Coty’s executive comings and goings.

But a transformational plan was still in need of helming, and with the pandemic starting to unravel, they needed one quickly.

Coty’s CEO Pierre Laubies hindered this process by stepping down in February 2020. Coty was quick to react however, with Pierre Denis, the former CEO of Jimmy Choo, tipped to replace him. 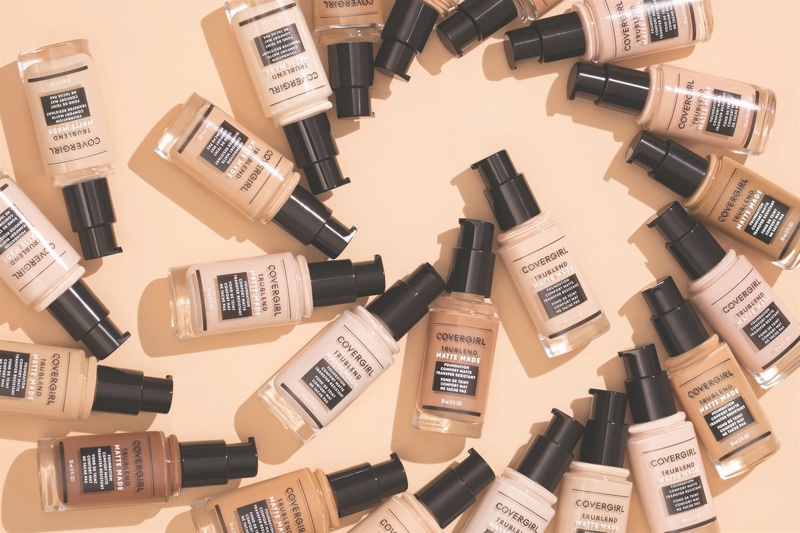 That did not last long, with Chairman Peter Harf named to take over the reins as CEO in June 2020. His succession was also not long lived, with Orveda founder and former L’Oréal executive Sue Y. Nabi taking on the top job in July – who remains in the position today – and began by ushering in several ‘firsts’ for the beauty giant.

Now with a firm leader, the company’s first female boss and a female majority for its Board of Directors, Coty could begin its transformational plan, which was set out to focus on three key areas: rediscovering growth, regaining operational leadership and building a culture of pride and performance.

At the time of her appointment Nabi told Cosmetics Business that Coty’s focus “should be on the areas that are resilient in the current environment, whether that’s health-orientated beauty, skin care, DTC business and the Asian continent.”

The cosmetics maker surprised skeptics with a bounceback for its beauty business in fiscal Q1, following a lockdown low. But it was no fluke, and recovery was seen worldwide.

Coty’s upward trajectory continued to spiral into 2021, with revenues up like-for-like 80% on 2020s results.

“We are extremely encouraged by the momentum we are seeing across the business in our recent quarters,” Stefano Curti, Chief Brands Officer, for Coty’s Consumer Beauty business told Cosmetics Business.

“Our fourth quarter revenues nearly doubled year-over-year, as we lapped the peak of Covid-19 impacts in the prior year.”

And with Nabi’s focus on Asia, China quickly became a standout market for the business at the end of fiscal 2021, seeing double-digit growth; while its American operations grew 67%, and 6% for the whole year.

“Across the entire Coty portfolio, the US will remain a key growth market, and we will continue to focus on building China into another powerhouse market,” added Curti.

So, how was Coty able to achieve such a turnaround in results that saw its largest consumer brand, CoverGirl, see the highest level of growth in five years?

“We unveiled a multi-year transformation strategy this spring to strengthen Coty’s position as a global beauty powerhouse and are moving at top speed as we execute on our strategic priorities,” added Curti.

“One of those priorities is to stabilise our consumer beauty portfolio, and we’ve already made significant progress in that area thanks to the new campaigns and product launches for CoverGirl, Rimmel and MaxFactor.”

Coty approached the mammoth task with a “fresh new approach to communication” for the brands, bringing them “back to life”, in Curti’s words.

“CoverGirl is our largest brand in the consumer beauty portfolio and has achieved its highest brand share in five years since we unveiled a new brand positioning campaign earlier this year,” he added.

“We have again partnered with the iconic CoverGirl spokesperson Niki Taylor as the new face of Simply Ageless as we mark the 60th birthday of CoverGirl this year.

“We also introduced new products with sustainability at their core. CoverGirl invented clean makeup decades ago, and in the last year, we have taken the Clean franchise to the next level with the launch of Clean Fresh foundation, followed by concealer and powder.

“And recently, we launched CoverGirl Lash Blast Clean mascara, which is clean, vegan and cruelty-free, and was our largest mascara launch in over five years.”

Coty’s success story for its consumer products does not stop there. A new brand activist for Rimmel in the form of mental health campaigner and model Adowa Aboah has pushed the brand into a new position among consumers. 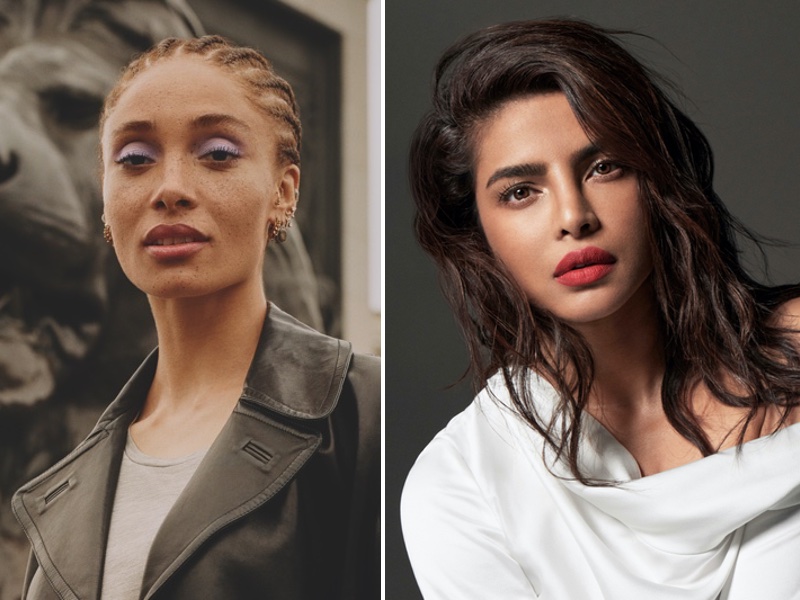 Curti continued: “According to the latest Nielsen data, Rimmel has also reached its highest market share of the last ten months in the UK, it's the largest market.

“In Germany, where the brand is marketed under the name ‘Manhattan’, the newly launched WonderExtension mascara is truly resonating with consumers. Today, WonderExtension is the brand’s number one mascara in both the UK and Germany.”

Meanwhile, Priyanka Chopra-Jonas, the actress, philanthropist and beauty owner herself joined MaxFactor as its representative as the team undergoes a shift in consumer engagement.

“We are in the early stages of these relationships, but we are excited about the path ahead for Rimmel and MaxFactor, as the new brand positioning, communication and visuals are introduced across our European markets.”

By all accounts, an impressive achievement, given its transformation plan has been in the making for some years, and a global pandemic kicked off in between then.

And going forward, ‘clean’ is where Coty is hedging its bets.

Earlier this year, Coty, now a controlling owner of Kylie Jenner’s Kylie Cosmetics, began an overhaul of its products. Following two months of social media silence, the brand finally revealed a rethink of its formulas had taken place and that all of Kylie’s products would now be ‘clean’ and vegan.

“This means no animal oils, parabens or gluten, and we banned a list of over 1,600 other ingredients from being used in products, but made sure everything has amazing pigmentation and performance,” Kylie Cosmetics shared in a post with its 25 million followers at the time of the announcement.

Meanwhile, the beauty brand of Jenner’s sister, Kim Kardashian West, KKW Beauty, which Coty acquired a 20% stake in last year, announced in July, just days before Kylie Cosmetics’ reveal was made, that it would be closing down operations to also undergo a reformulation.

In an Instagram post shared with its 4.7 million followers, the billionaire beauty entrepreneur said from 1 August her namesake cosmetics brand, also worth $1bn, will suspend operations to reemerge as a “completely new brand”.

Her product line, including the brand’s hero contour kits, as well as eye, lips and body skus, will undergo a reformulation, and are expected to be housed in sustainable packs.

No hints have been given as to what Kardashian’s beauty brand may look like at relaunch, but an educated guess would be in the form of a ‘clean’ brand. 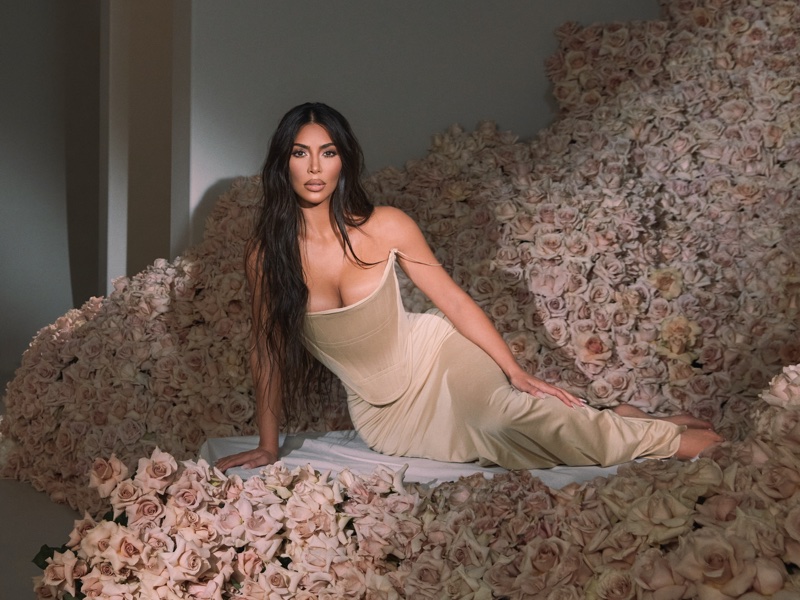 No doubt, this is an exciting time for Coty. Brands sales and engagement on the up; reformulations taking place across its biggest brand players; and its fragrance division, a big portion of Coty’s portfolio is growing momentum in the US and China.

But the pandemic is still visible in the rearview mirror and there is always a risk of its causing problems up ahead as well.

“Like other businesses, fluctuations in Covid-19 are driving some volatility across markets in terms of restrictions, store traffic, social mobility, and the speed at which economies are recovering, but make-up demand is gradually improving and we expect continued momentum against this backdrop,” said Curti.

And he is right, make-up is on the up as people countries worldwide from various lockdowns. According to findings by Cosmetics Business, following the easing of Covid-19 restrictions in July, consumers said they would be more inclined to wear make-up products they have not tried before.

Some 70% agreed that they would be more flamboyant with the products in their make-up bag, while 55% said wearing make-up more often would be a way for them to be more experimental.

Almost half (49.2%) admitted that they would like to try new product textures and 40% said they would dabble with brighter colours.

So much so is make-up’s comeback, that L’Oréal has predicted a resurgence of the roaring 20s in terms of colour cosmetics; something Coty will be keen to capitalise on.

“We are already seeing positive milestones as we focus on our strategic priorities that will stabilise, build and grow the Coty brand,” Curti tells Cosmetics Business.

“We exceeded expectations for the last year and are starting the 2022 fiscal year on very strong footing. We will continue to execute on the multi-year strategy we outlined in April to accelerate our growth.”