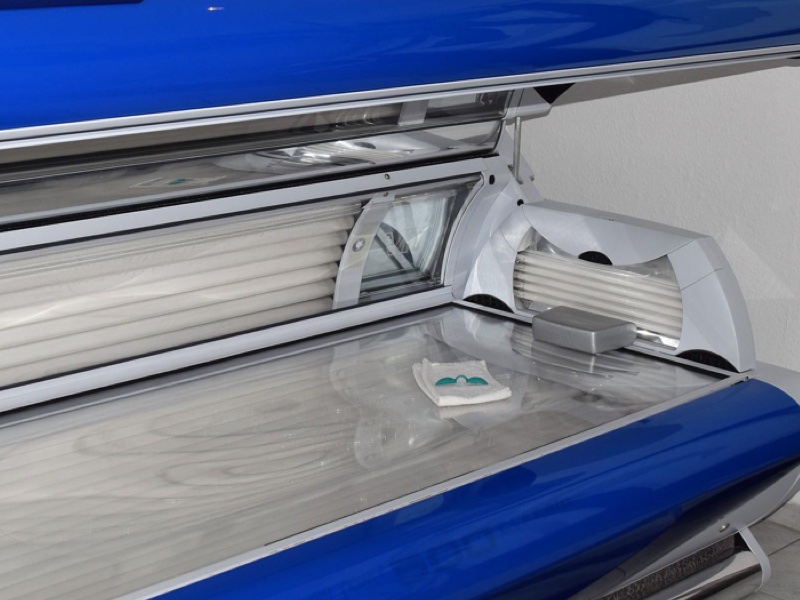 Sunbeds are already banned in Australia

UK researchers are pushing for a ban on indoor tanning, based on a skin cancer study led by the University of Manchester.

Working with scientists in Australia – where sunbeds are already banned, based on the assessment of the costs and harms associated with solarium use in the country – the Manchester team applied a similar model to England.

Tracking the projected impact of a ban on more than 600,000 18-year-olds living in England, the research found a ban on indoor tanning would result in 1,206 fewer cases of melanoma and 207 fewer melanoma deaths over their lifetimes.

As outlined in the British Journal of Dermatology, a ban would also cut cases of more common skin cancers (like squamous cell and basal cell carcinomas) by 3,987 cases.

All of this would save the UK’s National Health Service £700,000, said the researchers.

“If the NHS invested in a public health campaign to support the ban on sunbeds, we estimate that melanoma and other skin cancers would be significantly reduced, NHS resources would be saved and deaths averted,” said Paul Lorigan, a Professor of Oncology at The University of Manchester and Honorary Consultant Medical Oncologist at the Christie NHS Foundation Trust.

“It is quite clear that melanoma and keratinocyte skin cancers have a significant impact on population health and healthcare budgets, and that a proportion are attributable to indoor tanning.

“Anyone who has used a sunbed increases their risk of melanoma by almost 60%.

“We show quite conclusively for the first time that banning indoor tanning supported by a public health campaign would be an efficient use of healthcare resources to reduce melanoma and other skin cancers in England.”

The UK’s sunbed industry has hit back, however, saying that the study incorrectly ascribes non-UK, non-tanning salon data to make assertions about professional sunbed salons in England.

“It is just far too simplistic, in fact, I would go as far as to say disingenuous, to suggest a ban on sunbeds would have any impact on melanoma rates in England, especially because outdoor intermittent sunburn is epidemic in this country and researchers know this is the real problem,” said Gary Lipman, Chairman of The Sunbed Association.

“A tanning session in a professional sunbed salon in England uses sunbeds that are designed to comply with a British Standard that dramatically reduces any risk of burning and customers are screened by well-trained staff to check for any contra-indications to tanning.”

With May being Skin Cancer Awareness month, the beauty industry has rallied around to provide consumer education.

An online campaign is addressing skin cancer awareness and sun safety, while its 20/20 Campaign saw 20% of all SPF product purchases via its UK and Ireland websites, made in the first 20 days of May, donated to charity.

According to Cancer Research UK, one in 36 males and one in 47 females will be diagnosed with melanoma during their lifetime.

It is one of the biggest killing cancers in the 15-34 age group.