Make-Up For Ever signs model Lourdes Leon as Brand Ambassador

The 26-year-old star, who is the daughter of Madonna, will be the face of the French cosmetics brand 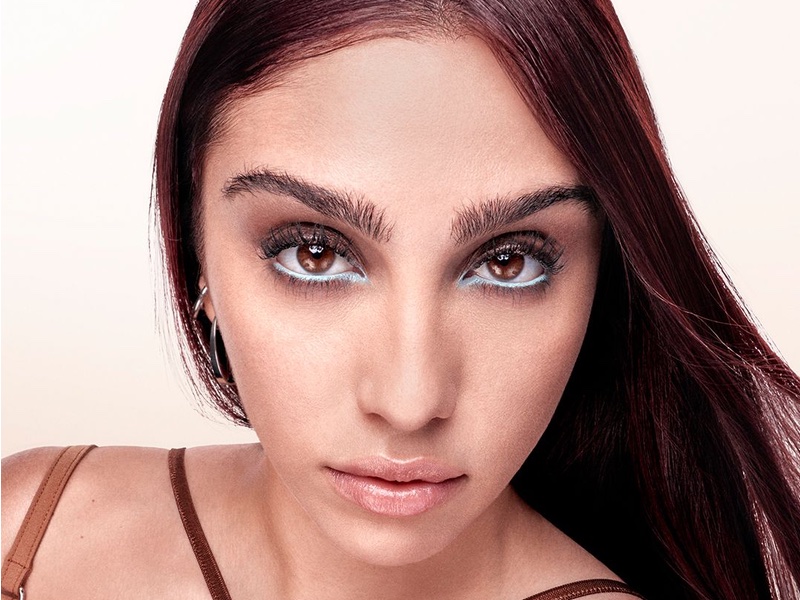 Make-Up For Ever has signed musician and model Lourdes Leon as Brand Ambassador.

The make-up brand announced its partnership with the singer, known as Lola Leon, on Instagram.

It dropped a video of the 26-year-old star wearing its products, including blue eyeliner and peach-coloured lip gloss.

Leon is the daughter of iconic singer Madonna.

"True to Make-Up For Ever’s values.”

Leon has been modelling for big names since 2018, starring in campaigns for Swarovski, Marc Jacobs, Savage x Fenty and Juicy Couture.

She has appeared on the cover of Vogue and walked the runway for Versace at Milan Fashion Week.

She has also moved into music, releasing her debut album Go in November 2022.

Make-Up For Ever was created in 1984 by make-up artist Dany Sanz.

It is owned by beauty giant LVMH.

A new age of beauty ambassadors

Make-Up For Ever is not the only beauty brand to announce new ambassadors based on the cultural zeitgeist.

As Global Brand Ambassador, the 21-year-old internet personality is now the face of the luxury cosmetics brand.

She is also the star of its new YouTube series, How Do You Say Beauty in French.

Sydney Sweeney has been named the face of Armani Beauty’s new perfume My Way.

The 25-year-old actress is best known for her roles in recent award-winning shows Euphoria and White Lotus.

The South Korean singer will lend his image to creations by Kim Jones, Artistic Director of Dior’s men’s collections.

LVMH's record-breaking results driven by Sephora
Cosmetics Business picks: 8 beauty launches to know this week
10 hot new beauty and skin care drops to beat the January blues
2023 trends: 5 ways the metaverse will impact beauty
Givenchy transforms its world on Roblox into a ‘Winter Wonderland’
Sephora sued for misleading consumers over 'clean beauty' programme
Givenchy Parfums names singer-songwriter Benjamin Clementine as new face
Sephora is coming to the UK: 'We're a perfect fit for the British consumer'
Refillable make-up: how can brands boost the customer experience?
Boss of the gloss: Why the trend for lip oils will stick around in 2023
A Benefit Cosmetics-themed bottomless brunch is coming to London
Beauty brands pledge to protect staff from Roe v Wade overturning
Sephora is allowing anti-LGBT trolls target Huda Beauty, threat boycott
Why L’Oréal is standing by Amber Heard