Wielding machetes and applying pesticides in blistering heat is not a synonymous scene with beauty’s luxurious aura. But these are the conditions children are being subject to in the sugarcane farming industry – a sector growing in popularity among beauty brands as an eco alternative to its problem with plastic. So, what are beauty’s suppliers doing to stamp out child labour in sugarcane production? 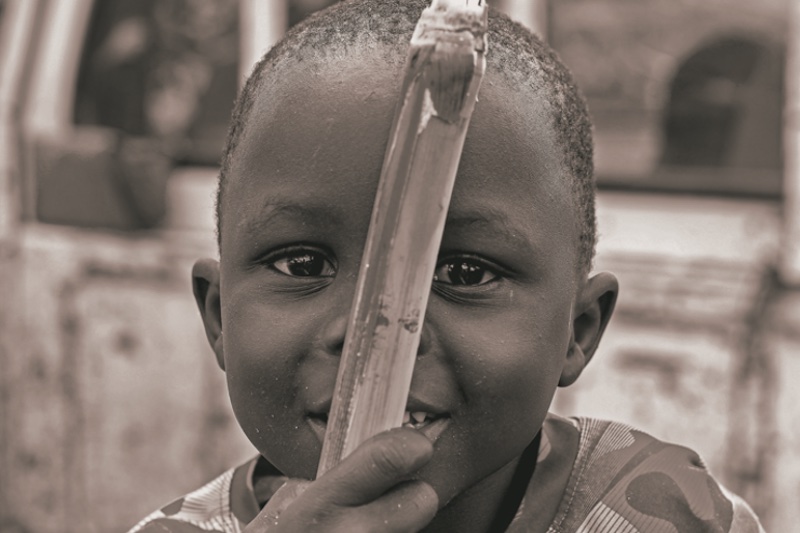 Beauty is usually synonymous with the latest flattering fads or facial fixes, from ‘like skin’ foundations to chew blocks that will improve the appearance of your jawline. Its serenity is often seen as an escape for aficionados to practice their creativity and express individuality.

But beyond the pressed powders, ‘redder than red’ lipsticks and anti-ageing formulas, there’s a link between a movement in beauty’s packaging arena and children as young as five being forced to work in unthinkable conditions; a type of unwilling labour described by the International Labor Organization (ILO) as “one of the worst forms of child labour”.

Working long hours in blistering heat, wielding machetes and cutlasses – a short, broad sabre or slashing sword for those who are unfamiliar – and plunging their hands into rudimentary pesticides, with only a cotton sock for protection: all of these are part of a normal working day for a child harvesting sugarcane.

“This is dangerous work, it puts children’s health and safety at risk, and interferes with their education,” Benjamin Smith, Senior Officer, Child Labour, at the ILO recalls from his first-hand experience with children working in sugarcane fields.

“It's manual harvesting, it's using machetes and cutlasses – so cuts and injuries associated with that kind of work are quite common.”

According to the US Department of Labor, child labour in the production of sugarcane is prevelant in 19 countries around the globe, from countries in Africa to the Philippines, with hotspots across South America in Colombia and Brazil, the country that holds the world’s stronghold of sugarcane.

“This is dangerous work, it puts children’s health and safety at risk, and interferes with their education”

Of the 152 million children that are forced to go to work, a significant number are employed in the harvesting of this perennial grass, according to the ILO. Of course, the production of sugar for confectionaries, fizzy drinks and snacks to go with a postprandial tipple make up the majority of sugarcane harvesting.

However, the pulp – or bagasse – of the sugarcane, left over from the production of ethanol, a denatured alcohol used in cosmetics (as well as the drinks industry), is what goes into making sugarcane bioplastic. Hundreds of thousands of tonnes of bagasse is produced every year and beauty is taking its fair share of the stock.

“In the case of sugarcane, the work is very hazardous and the conditions are so extreme,” says Reid Maki from the Child Labor Coalition (CLC), a group mobilised in 1989 to end child labour.

“When their life is almost fully engaged with a hazardous crop like sugarcane, that really damages their physical health. Sugarcane fields are a frightening mess – it’s scary to walk through them. This is one of the last places that children should be working.”

The question is: has beauty jumped on an ‘eco’ alternative without doing its homework?

Beauty’s interest in sugarcane as a commodity is growing for its eco-credentials. Polylactic acid (PLA) and polyethylene bioplastics made from sugarcane have been adopted in place of virgin plastic by dozens of beauty brands, in an effort to address its problem with plastic. 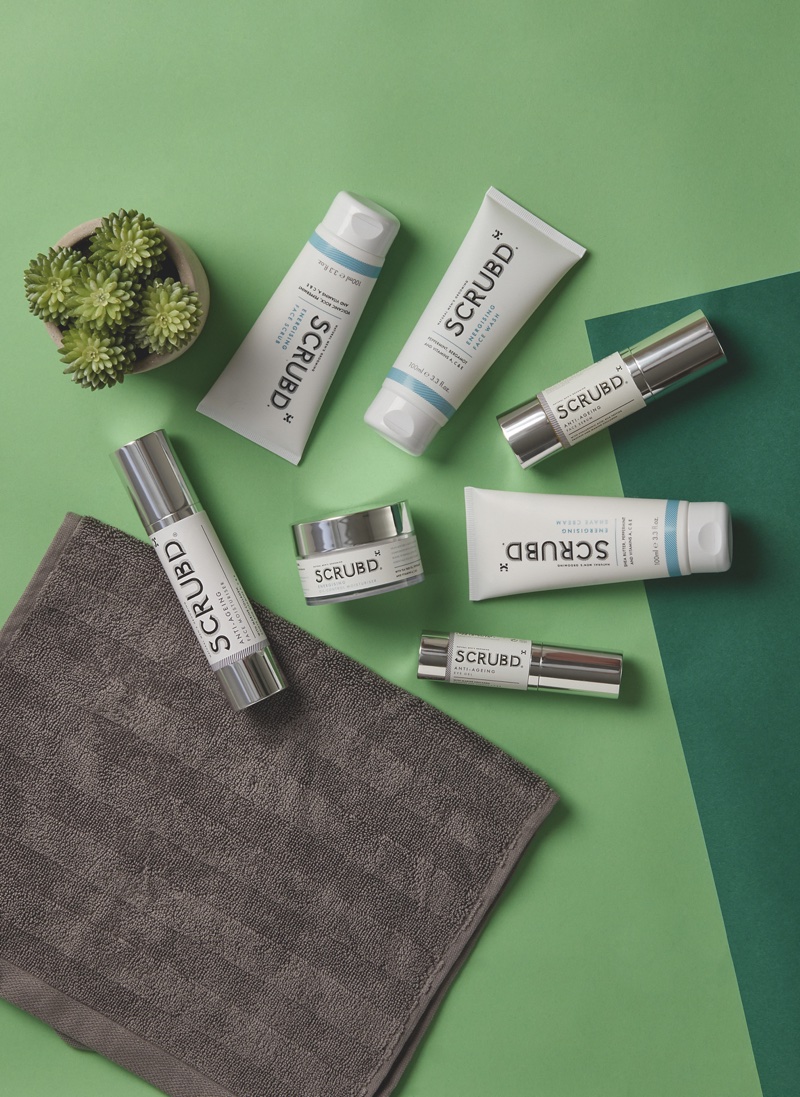 Scrubd moved away from plastic packaging in 2020

Meanwhile, in 2020 male grooming brand Scrubd moved away from what its CEO Darren Williams called ‘dirty plastic’ to rehouse its 4-sku Energising skin care range in renewable sugarcane packaging, despite this costing 15% more than petrochemical plastic.

And sugarcane’s popularity, on the face of it, is with good reason.

The useful commodity has set new industry standards that allow beauty producers to keep the familiar structure associated with most beauty packs, while tapping into the latest eco-conscious buzzword: ‘biodegradable’.

Despite drawbacks with this type of PLA’s biodegradability – in that it will not break down in water – it’s reputation as a robust choice has given it status as a useful tool in the fight against beauty’s tainted association with plastic.

Enforcing the code of conduct

According to documents obtained by Cosmetics Business, Brazilian petrochemical Braskem is the bioplastic industry’s largest supplier of polyethylene. It produces ethylene to be used in polyethylene from a dehydration process using ethanol, which is made from sugarcane, and is just one of a very intimate group of suppliers for this type of material that has been adopted in beauty and other sectors globally.

In order to create this ethylene, Braskem buys ethanol from mills across the centre-southern regions of Brazil. The group also buys its cane from smallholder farms in surrounding areas, around 50km away from the mill, as cane is prone to fermenting quickly once it has been harvested.

Braskem’s competitor on the other side of the Pacific Ocean is chemicals company Corbion, which supplies its PLA to Total Corbion, a global leader of biobased and biodegradable PLA, from sugar mills in Thailand.

Like Braskem, Corbion says it does not source sugarcane directly from farmers, but the sugar mills will source cane from farmers in the surrounding area, including smallholder farmers, the farms Smith says are most likely to be employing child labour.

“With family agriculture, where it's a small plot of land, in order to make the farm work economically the whole family has to chip in, I think that's probably the more typical scenario.

“But it does also happen on commercial estates.” 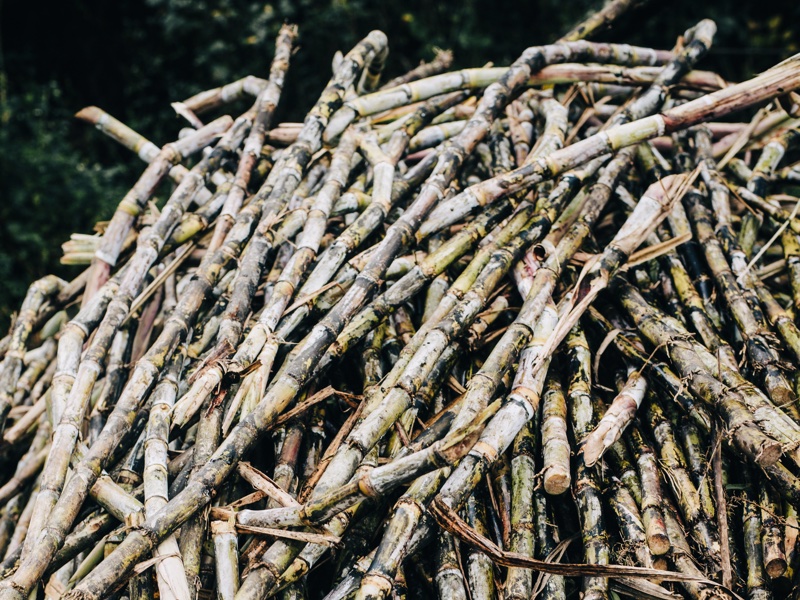 And both companies are not blind to the risks in this type of farming.

Braskem and Corbion both tell Cosmetics Business they employ codes of conduct to make sure their sugarcane is farmed from suppliers that are not employing child labour, and carry out annual audits on farms to ensure compliance.

Braskem says it adheres to its own Ethanol Responsible Sourcing programme, “that has the respect to human and labour rights as one of its main pillars”, according to a spokesperson.

Documents by Braskem also state that its suppliers “must not tolerate, permit or condone the employment of forced and/or child labor, the sexual exploitation of children and adolescents or human trafficking in any process related to their activities”.

It continued: “Braskem will not enter into any commercial relationship with suppliers that adopt irregular and/or illegal practices involving child labour, conditions analogues to slave or forced labour, the sexual exploitation of cihldren and adolescents or human trafficking”.

Meanwhile, Corbion ensures its raw materials suppliers sign a ‘code’, “to demonstrate commitment to our code by compliance with company policies that embrace the standards included in our code”, a member of the team tells Cosmetics Business.

This includes principles for business ethics and human rights, specifically against child labour, and envionmental practices.

“We consider the material to be safe”

And an industry supplier of Braskem’s sugarcane, Italian packaging company Induplast, which specialises in injection moulding for the personal care sector, has been satisfied with its efforts.

Maurizio Pagani, the group’s R&D and Sales Manager, says that Braskem is acutely aware of the risks the sugarcane industry poses to children being forced to work. “We consider the material to be safe in terms of respect to nature and people, based on our feelings, which Braskem has been clear and open to share with us.

“They state that they do not use freshly cut forest territory, using land which has already been used for agriculture for a long time, and they claim not to use underpaid or slave labour.”

But Maki believes companies that profit from child labour should be the ones that are responsible for ensuring child labour does not exist in their supply chain.

He described codes of conduct as “throwing the responsibility to somebody else” adding that as “the person signing that document, we have no idea how seriously they're considering that pledge”.

‘Certification is not a silver bullet’

Certification has long been a signifier of due diligence, and the sugarcane sector is not without its equivalent – enter Bonsucro.

The multistakeholder, not-for-profit is a global membership organisation that is on a mission to promote sustainable sugarcane production, and currently boasts 250 members, two of which are Braskem and Corbion, in more than 50 countries.

The group’s certification system is split into two parts. One is for producers, which ensures suppliers are fairly paying farmers and not employing children, for example, while the other is a chain of custody standard that helps buyers navigate more sustainable methods of sourcing sugarcane to eventually claim they only buy sugarcane from Bonsucro-certified locations.

The initial, apparently dense, numerical process can take up to two weeks of auditing before Bonsucro will be happy with a farmer’s credentials. Following certification, surveillance audits will be carried out in years two and three, before another full sweep of the farm is carried out in year four. 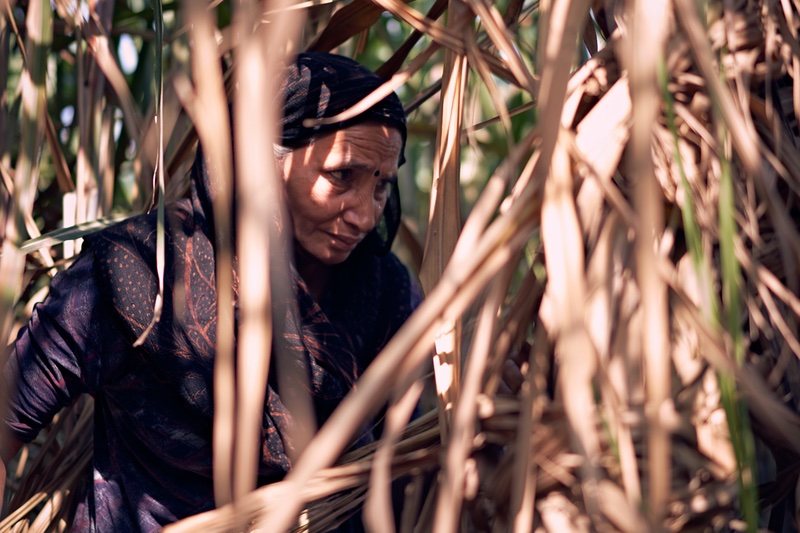 But Maki is unconvinced that these audits are enough to deter employers of child labour. “When an inspection is done once a year, typically, the farmer knows that people on site know that that inspector is coming, and the specific day that that person is coming. So it’s super easy for them to tell the children to stay home that day.

“We really need to be aiming for regular monitoring visits, and, I think, maybe a reasonable goal to start with would be quarterly visits; unannounced quarterly visits would be my suggestion.”

They also agree that it is likely there is an increased risk of child labour from the production of sugarcane and its by-products, including bioplastics and ethanol, and have uncovered other issues within its production, such as forced labour and human trafficking.

In spite of the uphill battle ahead, Smith is optimistic change is possible if the right systems are put in place. “Child labour in sugarcane can be eliminated with the right interventions.

“Where we've seen progress is governments working with sugarcane growers to put in place alternatives to child labour. So, making sure education and income is there to support families but also private sector monitoring.”

When asked how a beauty brand can ensure its supply chain is free from child labour, he emphasises the importance of looking at the root causes of child labour.

“It's not a company's responsibility to build a school or to make sure that there's running water or basics that drive child labour, but those are the root causes, and until that shifts and families can earn enough to send their children to school then everything else is going to be like spitting into the wind.”

Meanwhile, Maki warns beauty brands that are thinking of adopting sugarcane packaging to think about the potential impacts.

“I would be very careful about moving to a product line that involved large amounts of child labour and adult labour exploitation. It may not be the direction they want to move in, because the reputational hit from using products that are associated with labour exploitation is going to be big,” he says.

“But if they're going to do it, they need to do it in a way that ensures that child labour is not involved.”