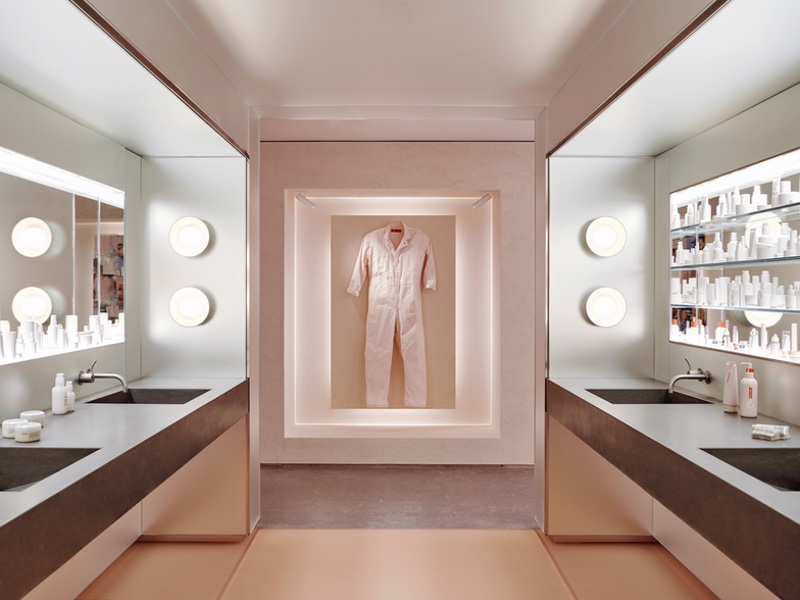 Despite the job cuts, Glossier will be recruiting for its store openings

Glossier has reportedly laid off more than 20 staff following its first-ever retail deal with Sephora.

The beauty brand previously cut 80 jobs from its corporate office in January as a result of the Covid-19 pandemic, with founder Emily Weiss admitting the company got "ahead of ourselves on hiring”.

The most recent job cuts, first reported by Modern Retail, follows Glossier's pivot from D2C to wholesale as a result of its LVMH retail deal across North America.

However, due to the company's transition to an omnichannel model, Glossier confirmed it is hiring 24 new roles across supply chain and wholesale distribution.

Further in-store jobs will be needed as Glossier, which currently has branded stores in the US and UK, will continue its store expansion with four new outlets opening by the end of 2022 and another in 2023.

"While these [restructuring] decisions are incredibly difficult, I am confident Glossier is positioned for success in its next chapter," said Glossier's new CEO Kyle Leahy in a statement to Modern Retail.

"We are immensely grateful to all of our former and current team members for their many contributions to Glossier; they are all part of Glossier’s story and will forever be part of our community.”

Leahy took over from founder Weiss in May 2022.