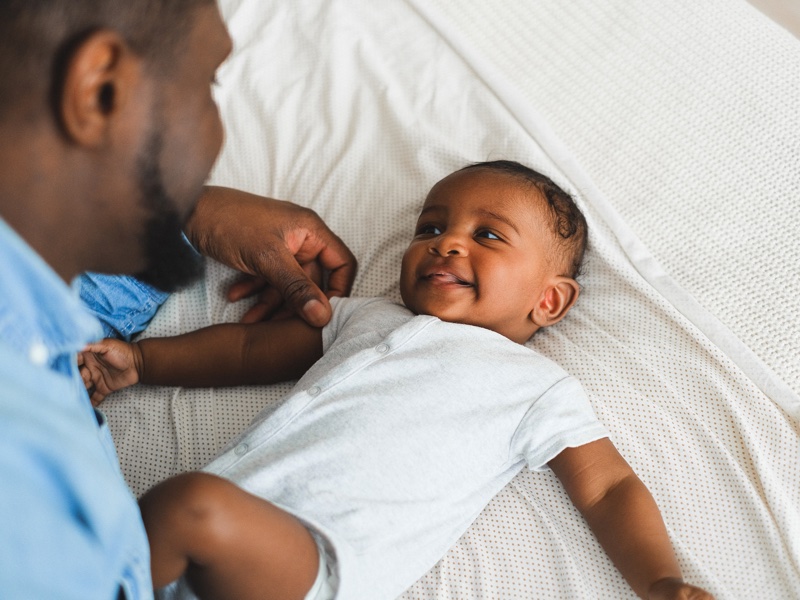 Part of the Unilever-owned brand’s ongoing Commit to C.A.R.E. (Care About Racial Equity) Now drive, launched in 2020, #CelebrateBlackDads was unveiled to coincide with Fathers’ Day (19 June).

The campaign was inspired by a new research study commissioned by Dove Men+Care, which found less than half of black fathers believed that media (social and mainstream) and popular culture portray black fatherhood accurately.

“All caring fathers deserve to be seen, respected and celebrated,” said Carlos Gil, Global Brand Vice President of Dove Men+Care about the initiative.

“We know how important a dad's care is, and the transformational effect that care has on everyone around them.

“But too often, the care that black fathers have for their kids and family is not seen or celebrated.”

Gil added: “It felt incredibly important to help break down the barriers that limit who is seeing the true stories of these fathers.

“As part of our ongoing mission to Commit to C.A.R.E. Now, we are dedicated to changing the way the world sees black fatherhood.”

The affordable beauty hack giving shoppers access to luxury brands
2023 trends: The fall of fauxthenticity and rise of proof-based beauty
Mariah Carey brings the holidays home with Find Your Happy Place bath and body collection
What happens to Royal Warrant holders after the Queen's death?
Lynx stalks Gen Z with AI-powered body spray
7 in 10 consumers are no longer ashamed of sweating
Degree's ‘Not Done Yet’ campaign gives second chance to marathon non-finishers
Beauty brands pledge to protect staff from Roe v Wade overturning
Nails.Inc and Magnum launch sweet beauty range
Lily Collins joins Living Proof as brand ambassador
How beauty brands are celebrating Earth Day 2022
A Sure thing: Unilever sets in motion plans to reinvent ‘stagnant’ deodorant category
9 of the hottest launches hitting the shelves this week
Beauty brands are collaborating with the competition to help save the planet