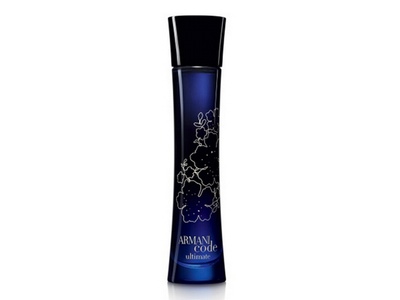 A floral oriental, it has head notes of bitter orange, ginger and pear sorbet; heart notes of orange blossom, sambac jasmine and Arabic coffee; and base notes of vanilla and exotic woods.

The fragrance comes in the same shape bottle as previous editions for women - a tall, elegant, waisted cylinder, this time in navy blue glass with a design of leaves and flowers in black. It will be available in 30ml and 50ml sizes.

The original Armani Code was released in 2004 as a male fragrance, followed in 2006 by the first edition for women. There are now over 20 flankers, including limited editions for summer and sports.