Brazilians are largely aware of the importance of sunscreen use, but experts say brands must further educate consumers about the harmful effects of sun exposure during colder seasons and cloudy days 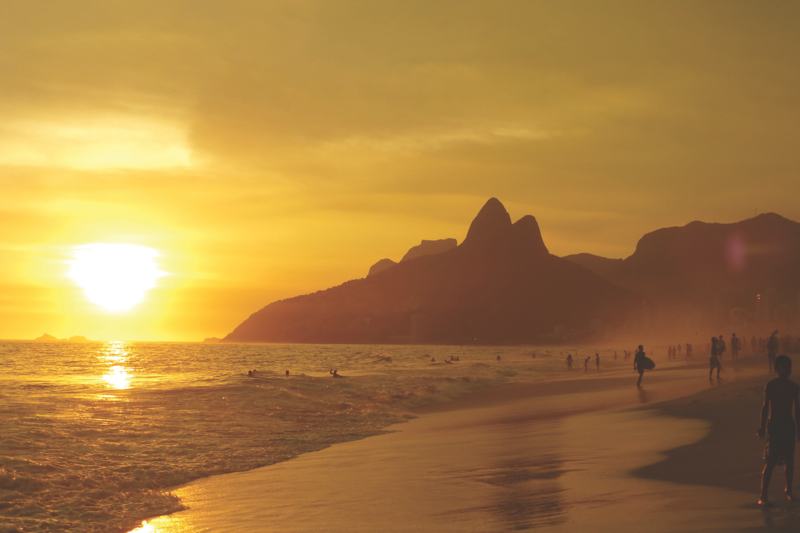 The sun care market in Brazil remained stable in 2016 at US$1.05bn, a slight improvement on 2015 which saw a 2% value decline in sales, largely due to the recession which hit the country in 2015. 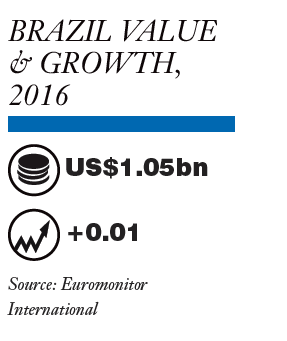 “Concerns about the damage that sun exposure can cause to the skin and high investment in advertising campaigns from the leading companies will be key strategies in the coming years,” Euromonitor says.

The market is driven by sun protection products, which make up 99% of the adult sun care market. However, in a survey conducted by Mintel, 23% of Brazilians interviewed said they use sun care products only during the summer and 17% use them just on sunny days.

“These percentages are not high, but they reveal a part of the Brazilian population still considers that sun care products are directly linked to sun and heat,” Juliana Martins, Beauty & Personal Care Specialist at Mintel, says.

“Brands must educate Brazilians about the harmful effects of sun exposure even during colder seasons and cloudy days.

"Campaigns on the beaches of Brazil, not only in summer but throughout the year, explaining the correct use of sun protection could be an effective way to educate Brazilians about their importance.”

Johnson & Johnson do Brasil Indústria e Comércio de Produtos para Saúde leads the pack with a record 37% value share in 2015, according to Euromonitor, followed by Nivea (Beiersdorf) with a share of 13%, a decline on previous years.

“According to the company, in a hard year for the category, and considering the economic crisis, the company invested mainly in new distribution channels in 2015, to compensate for the decline in consumer confidence,” Euromonitor says.

Sun care products that go beyond sun protection and tanning, such as anti-stain and anti-ageing, can appeal

One of the key trends in sun protection was the increasing proportion of higher SPF products bought by Brazilians. According to Euromonitor, sales of SPF 30+ products rose from 32% in 2010 to 51% in 2015.

Martins agrees: “A high SPF is the main influencer for 38% of the Brazilians [Mintel] interviewed.

"The biggest challenge for the industry here is to develop a formula that meets the expectations of Brazilian consumers [eg, products that have sensory benefits such as a long lasting scent, smooth and even application].

"With higher SPF, the number of filters also increases, which can impair the product’s sensory factor.”

In addition, Martins says, consumers want sun care products that are waterproof, prevent perspiration, have a rapid absorption formula and are long lasting.

“Sun care products that go beyond sun protection and tanning, such as anti-stain, anti-ageing and moisturising, can appeal to Brazilian consumers,” she adds.

However, despite the interest in long lasting products, Martins says that few sun care products in Brazil were positioned as long lasting.

One brand that did was Johnson & Johnson’s Brazilian sun protection brand, Sundown, which in mid-2016 launched Sundown Todo Dia, an everyday sunscreen that promises all-day UVA and UVB protection for the face and body. It also offers a high resistance to water and sweat.

“Coppertone has always been a very traditional brand that has retained its original formula for years. The portfolio change took place after research on the preferences and needs of Brazilians,” Giancarlo Fumagalli Guarnieri explains.

“The new products are not oily and are absorbed more quickly. In addition to sun protection, the new Coppertone formulas deliver a great sensory touch to the skin, for moisturising and dry protection.”

However, she adds that 23% of the men interviewed didn’t use sun care products as opposed to just 10% of the women surveyed.

“Sunscreens that facilitate the lives of men could attract this audience to use more products,” Martins suggests, “such as products that can be used on wet skin and which are more effective when the sunscreen comes in touch with water.”

Another tack could be that taken by Coppertone (Bayer) with Coppertone Tattoo, launched in Brazil in November 2016 at an event that starred Brazilian professional surfer Gabriel Medina and tattoo artist Rico Fogaça.

Giancarlo Fumagalli Guarnieri, Brand Manager of Coppertone Brazil, says the launch reflects the brand’s constant pursuit of innovations that focus on consumer need and a commitment to sun protection: “Coppertone Tattoo guarantees protection for tattoos so that colours and lines are preserved, even when exposed to the sun, and this is closely linked to the purpose of Coppertone.

"We want people to enjoy life more in the sun, to show themselves off more and be more authentic, without worrying.”

The water-resistant sunscreen is available in both lotion and spray format. Natural products have always been important in Brazil and in September, Brazilian naturals brand Natura relaunched its Ekos line, combining the benefits of Brazilian buriti oil with organic filters for sun care.

“Betacarotene, which is present in buriti oil, is a powerful antioxidant that fights free radicals formed by exposing skin to the sun, helping to prevent photo-ageing,” Joana Miranda, a specialist in the development of sun protection products at Natura, explains.

“The components of the new Buriti Solar Protective Oil formula responsible for sun protection are organic filters, synthetic molecules that absorb ultraviolet radiation and transform it into a type that is not harmful to the skin.”

Brazil's sunscreen dodgers: Who are they? 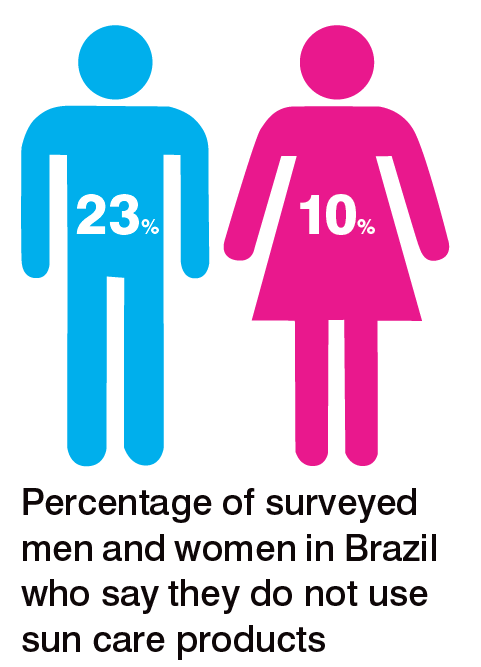 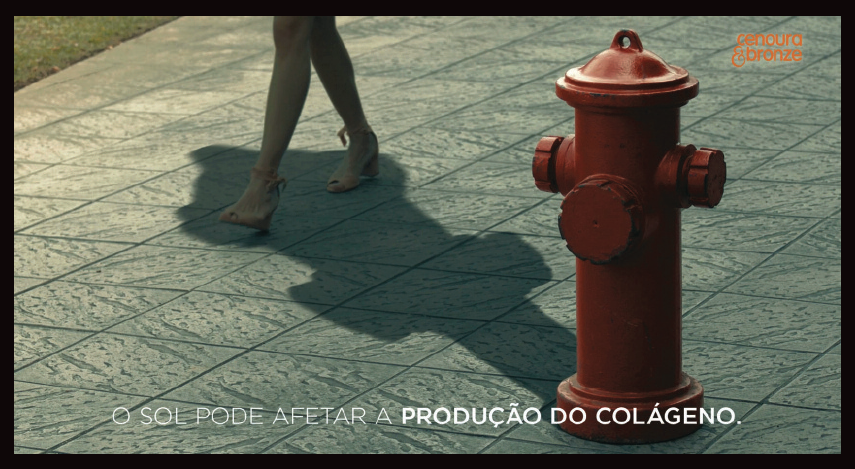 Cenoura & Bronze (Coty) markets its sun protection and bronzing products to the Brazilian public using a range of campaigns and marketing promotions. For summer 2016/17, the message is #ProtegidadoSol, a digital campaign that emphasises that to have beautiful skin it is necessary to protect it.

The campaign features a YouTube video focusing on the collagen-protecting benefits of Cenoura & Bronze sunscreens – a key innovative property of its products.

The film, entitled Shadows, shows the main character, after applying Cenoura & Bronze sunscreen, being followed by shadows of elements of the street, illustrating the protective power of the products.

The commercial will be aired on the main social networks. The #ProtegidadoSol campaign will also be integrated into the brand’s social networks and beauty portals.

Cenoura & Bronze offers its customers an app, too, which aims to both entertain and inform.

It includes a playlist, weather forecast, suitable product information, an alarm to remind the user that it’s time to reapply sunscreen and information about where to buy the products.

Although over a third of those interviewed by Mintel said knowing that a product was dermatologically tested would influence whether they would purchase it or not, Brazil ranked lower than countries such as Germany and France in launching products with that positioning.

“This percentage has grown over the years, but it is still low considering that Brazil is a tropical country with very high temperatures all year round in some cities,” Martins comments.

“Developing products that are dermatologically tested but also have other attributes could innovate the category and attract new buyers who care about the possible problems that sun care products may cause to the skin,” she advises.

In 2016, Vichy expanded its Idéal Capital Soleil line with two new SPF30 products: Idéal Soleil FPS 30 Efeito Base, a facial sunscreen with base colour and a light anti-glare texture that the brand says was specially adapted for mixed and oily skin types, and Idéal Soleil Antiacne FPS 30, which protects skin and reduces acne.

The products were developed for the Brazilian climate and promise a dry and soft feel and immediate absorption.

Also new from Vichy for summer 2016/17 were two hydrating sunscreens for the body: Idéal Soleil Hydrasoft FPS 30 and FPS 50, with advanced filter technology (Mexoryl XL + SX), which promises maximum UVB and UVA protection and intensive moisturising action for up to eight hours.

La Roche-Posay, meanwhile, has partnered with the Brazilian Society of Dermatology for the second year running to raise awareness about the prevalence of skin cancer in Brazil – it is the most common cancer in the country.

The Skinchecker campaign aims to engage people in identifying the early signs of skin cancer. For summer 2016/17, the focus is on less exposed parts of the body, such as the ears, feet and chest. 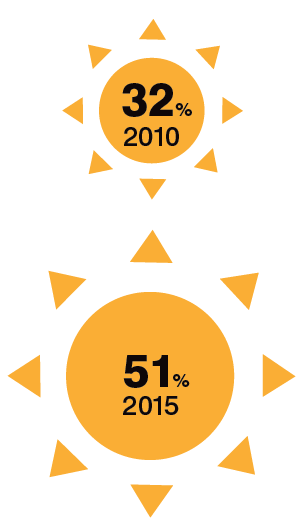 Bringing in the benefits

The brand’s proprietary ingredient, Solhydra, aims to help reduce the appearance of premature skin ageing and hydrate and retain the skin’s moisture. Suitable for oily and sensitive skin, it boasts a fragrance- and oil-free formula and matte texture and is water resistant.

Theraskin is a Brazilian dermatological brand for men, women, children and babies. For summer 2015/16 it launched Soliale, a line of sun care products for everyday use.

The range is divided into two categories: Soliale Oil Control, a hypoallergenic gel crème with a light texture and anti-shine effect that acts throughout the day; and Soliale Loção, a lotion to deliver anti-ageing and moisurising benefits to the skin, helping to improve elasticity and reduce shine. Both products are available in SPF30 and 50.

And in February this year, Anaconda Cosmetics launched a liquid foundation that delivers both SPF30 sun protection and a matte effect to the face.

“Many women leave home to work every day and forget to apply sunscreen,” says Nadja Cristina, a make-up artist at Anaconda. She explains that the foundation “can make [women] more beautiful, while taking the necessary care.”

Mintel suggests that campaigns on the country’s beaches, all-year-round, that explain correct use of sunscreens could help educate Brazilians about sun safety.

However, this market remains small as it is still not very popular among Brazilians, according to Euromonitor.

Nevertheless, self-tanning brand Australian Gold has made inroads into the market and this past summer launched Kona Coffee Lotion Sunscreen with Instant Bronzer, in SPF30 and 50, which promises to deliver a golden tan while protecting the skin against the sun.

It also contains vitamin C for its antioxidant and moisturising benefits and is water resistant.

With a tropical climate and growing awareness of the potential of sun care products to not only protect the skin from the sun and its ageing effects, but also to enhance it with a golden tan, Brazil has caught the attention of both domestic and international sun care brands.