The Chinese New Year is ruled each year by a dominant animal that will mark our destiny during that period, this year is the rule of the Water-Tiger an animal which scares away bad luck 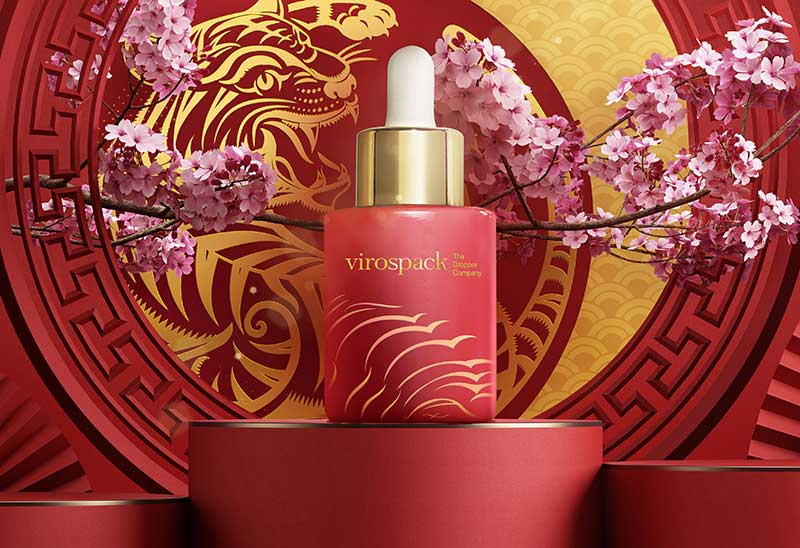 We are talking about the Spring Festival, or what is also known as Chinese New Year, which VIROSPACK ASIA joins for the first time.

The Chinese calendar, unlike the one we follow in the West, is governed by lunar cycles and, although it is also 12 months long, it begins with the first new moon of the first lunar month, and therefore its date varies every year.

2022 began on February 1st, and will last until January 23, 2023. It is estimated that the Chinese New Year is celebrated in a quarter of the world, not only in China but also in Hong Kong, Macau, Taiwan, Singapore and South Korea.

It is a celebration of more than 4,000 years old based on the legend of Buddha, who summoned all the fauna of the earth, although only 12 animals were presented, the 12 that make up the signs of the zodiac.

The Chinese New Year is ruled each year by a dominant animal that will mark our destiny during that period.

This year, it is the Water Tiger that will rule our lives. The largest beast according to Chinese tradition, that will protect us from bad luck and symbolises power, courage, confidence, leadership, and strength.

After, global crises, social disorders, politicians of all kinds, and threats of war... protection for 2022 sounds good.