A number of beauty shops, supermarkets and department stores are closing out of respect for late monarch 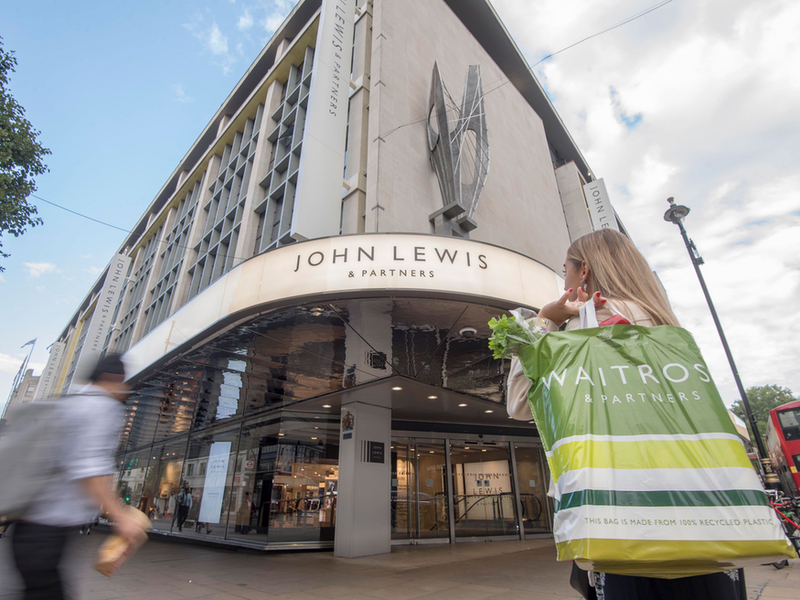 Beauty retailers including Harrods, Selfridges and Fortnum & Mason are to close their shops on the day of Queen Elizabeth's state funeral.

A growing number of retailers have confirmed plans to shut their bricks-and-mortar outlets on 19 September.

King Charles approved the day of the funeral to be a bank holiday across the UK to mark the occasion.

Fortnum & Mason, which has had a long connection with the royal family, said it would shutter its British and Hong Kong shops as "a mark of our deep respect".

Tom Athron, CEO of Fortnum & Mason, said: "We will continue to honour Her Majesty until the day of her funeral; the flag at Piccadilly is flying at half-mast, the clock at Piccadilly is stopped and our windows remain blacked-out.

"In addition, our in-store music has been altered to play appropriate pieces and our teams are invited to wear a black armband as a sign of respect."

The John Lewis Partnership said it will shut its John Lewis department stores and its Waitrose supermarkets.

Harvey Nichols and Liberty London announced on Twitter that it would be closed, as did Harrods, which added: "we will continue to commemorate the life of Her Majesty the Queen and pay our respects by closing the store on the day of the State Funeral".

Space NK has confirmed that it too will also close all stores on the date of the bank holiday.

Meanwhile, The Perfume Shop's Managing Director Gill Smith, said: “To honour Her Majesty Queen Elizabeth II and give our teams the opportunity to pay their respects, we’ll be closing our UK stores, Warehouse and Head Office for The Queen’s State Funeral on Monday 19th September.

Delivery services will also be paused and reopened from 20 September.

Liberty will be joining those throughout the world in paying their respects to Her Late Majesty Queen Elizabeth II.
On Monday 19th September our store will be closed for the state funeral. pic.twitter.com/t0EPNidE1q

British supermarkets Sainsbury's and Tesco said they would close larger shops on the day, but that a number of convenience stores in central London would remain open for those attending the funeral.

Marks & Spencer is to close all of its stores and pause its delivery services.

"As a mark of respect, Superdrug stores will close on Monday, September 19th to allow our colleagues to pay tribute to Her Majesty Queen Elizabeth II," the A.S. Watson-owned retailer said on Instagram.

"A small number of stores in key central London or travel locations will remain open to serve members of the public."

Royal Warrant holders Boots and John Bell & Croyden are expected to stay open as they are pharmacists.

Superdrug, despite being a pharmacist as well as a beauty retailer, will close the majority of its stores.

Retailers are not obliged to close for the state funeral, or Britain's mourning period.

"Depending on the nature and location of their business and the tone of planned events, some businesses may wish to consider closing or postponing events, especially on the day of the state funeral, however this is at the discretion of individual businesses," government guidelines state.

This story is regularly updated.