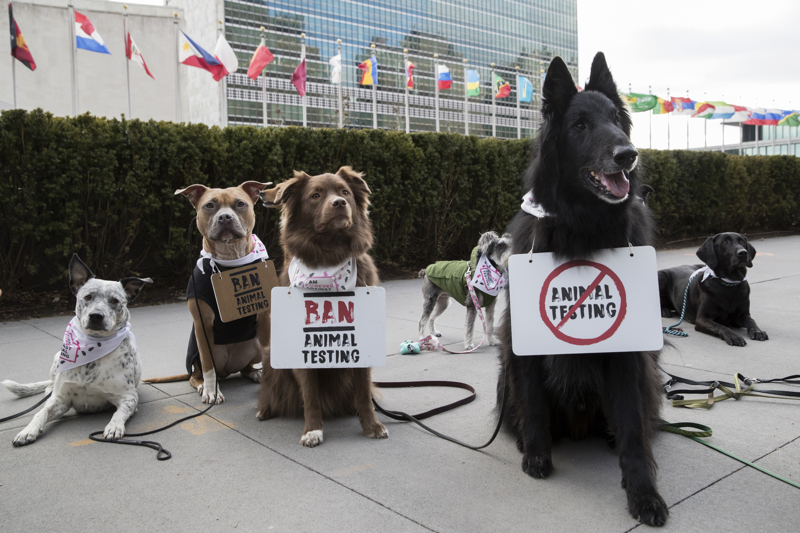 The Body Shop and Cruelty Free International took to the streets on Wednesday to protest against animal testing – with the help of some furry friends.

Yesterday representatives from the two companies, along with eight canine comrades, staged the world’s first animal-assisted demonstration outside the United Nations HQ.

The protest aimed to raise awareness of Forever Against Animal Testing, a joint campaign by The Body Shop and Cruelty Free International.

Jessie Macneil-Brown, Head of Global Campaigns at The Body Shop, said: “We staged our animal protest with dogs, as they have been a powerful symbol for us throughout our Forever Against Animal Testing campaign, representing the relationship we have with animals and connecting with our cruelty-free supporters.

“This unique protest is symbolic of our huge ambition for ending cosmetic animal testing globally.

“We are now calling on every person, every company and every government to join our campaign, and help us finish what we started."

Michelle Thew, CEO of Cruelty Free International, added: “We have made huge progress towards our goal of banning animal testing for cosmetics, but there is still work to be done.

“We want to see every company that is against animal testing pledge their support and encourage their customers to do the same."