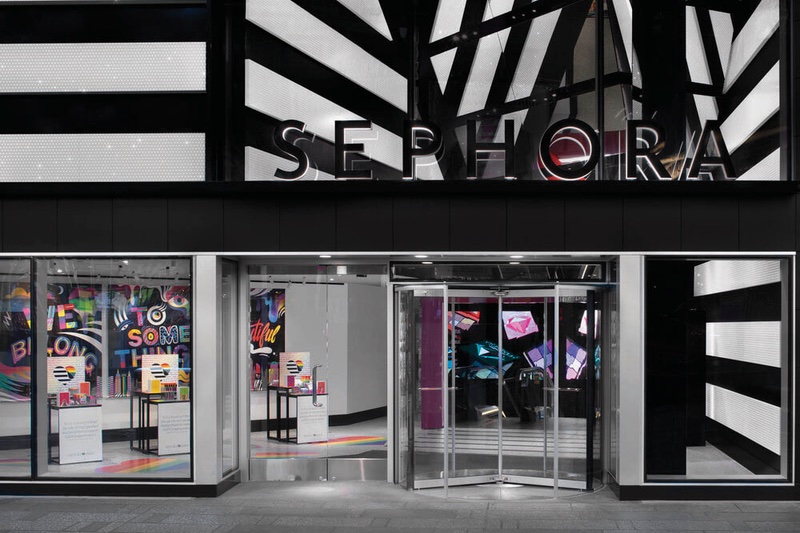 Sephora has been the target of backlash from its customers after severing ties with right wing beauty influencer Amanda Ensing.

The pro-Trump supporter, who has worked with the retailer on various collaborations, made her political views public on social media following the attack on America’s Capitol Hill on 6 January, after which the 45th President Donald Trump was impeached for the second time, accused with inciting insurrection.

On the day of the riot she wrote on Twitter: “The left: I hate it here. America is embarrassing. Only we can riot & loot. Defund the police. Just do what the government tells you & don’t ask questions. The right: Let’s fight for freedom. We love the USA. Defend the Constitution. We support our Military & Law enforcement.”

She also posted a picture of the then-President Donald Trump with the caption: “It will be Biblical”.

It will be Biblical 🦁🇺🇸 pic.twitter.com/s40PrZdHSJ

In response, Sephora said in a statement: “We were recently made aware of concerning behaviour by Ms Ensing on her social platforms. Most recently, she made light of the violence and tragic loss of life at our nation’s Capitol last month.

“For this reason, we made the decision to cease all programming with her indefinitely, including having the video she created through an external vendor, taken down.”

According to reports, the fall out with Sephora began with criticism of Ensing after the posting of a Sephora-sponsored video on her YouTube channel.

Following the post, customers reached out to Sephora to indicate their disappointment for supporting the influencer, who has been described as a QAnon conspiracy theorist.

In a message to one Twitter user who said Ensing was “spreading hate and misinformation”. Sephora replied: “As soon as we were informed, we made the decision to cease all programming with Amanda and will not be engaging her for future partnerships.”

Ensing has retaliated by appearing on a host of conservative media channels, including Newsmax with Greg Kelly and Dinesh D’Souza’s podcast ‘The Enemy Within’, in which he accused Sephora of cutting ties with Ensing for her conservative and Christian views.

In her media appearances, Ensing accused the LVMH-owned beauty retailer of refusing to pay her after her latest collaboration was cut.

However, Sephora said: “Any claim this decision was made on the basis of political or religious beliefs is inaccurate.

“We respect individual perspective and freedom of expression but do reserve the right to end any partnership that does not meet our brand standards.

“At Sephora, we have made a commitment to build a beauty community that is welcoming, considerate, respectful and inclusive for all. These values will continue to guide every decision we make.”

The 29-year-old said she would agree to take the video down if she was paid in full for the collaboration.

Since the announcement, some Sephora fans have taken to Twitter to express their support for Ensing along with the hashtag #BoycottSephora.

I’ve been a rouge member at @Sephora for years but I sadly just learned they don’t have the same values around inclusivity as I do. Happy to take my business elsewhere! #BoycottSephora

@AmandaEnsing I support you! I literally just shopped at @sephora this week.. several hundred dollars. LAST time I’ll spend a dime there. I don’t support a cancel culture. #BoycottSephora

Meanwhile, Sephora has unveiled plans to redeem its tarnished image of in-store racial profiling by its employees.

The LVMH-owned retailer faced accusations of racism in 2017 after a video went viral of two black women confronting a white employee claiming she had racially profiled them.

Its latest plans include a reduction of third party security guards and a standardised greeting system that aims to ensure all consumers are welcomed equally.

Staff and stores will reportedly be analysed on a monthly basis to measure employee diversity and inclusion training compliance.

Read more about the retailers plans via the link below.