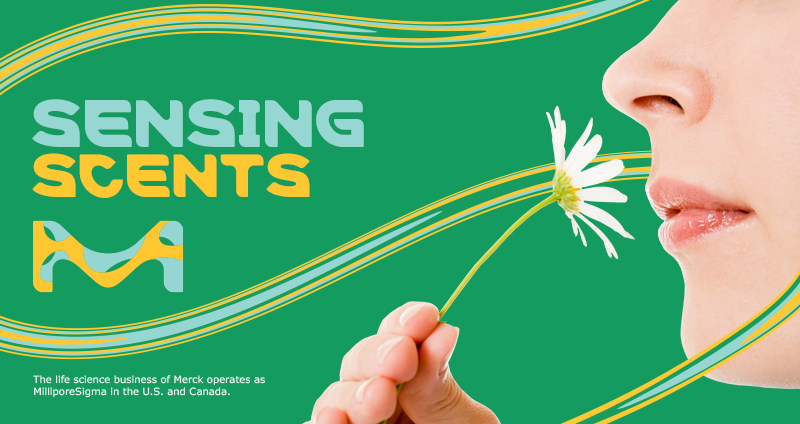 Smell (olfaction) is one of the oldest of the senses, however we have only recently begun to understand the intricacies of how the sense of smell actually works, transmitting signals from the nose, to the brain, and into our perception.

Scents seem to have a unique ability to evoke vivid memories that are steeped in emotion. Take the smell of cloves, cinnamon, and pine: for many, this doesn’t merely remind them of cooking and trees. Rather, it is the smell of the holidays, and can bring memories of joyous dinners with extended family, the warmth of spending time around a fireplace in the wintertime, or feelings of comfort. In addition to anecdotal accounts of this phenomenon, the ability of olfaction to conjure feelings and trigger recollections has been the subject of numerous experiments. There are clear ties between olfaction, memories, and emotions, and a potential reason for this lies in the path of connections that make up olfactory perception.

Information from the olfactory bulb goes to the amygdala and hippocampus, both parts of the limbic system responsible for emotions. The sense of smell is unique in these connections: it is the only sense that proceeds to limbic areas without first passing through the thalamus, a relay structure believed to play a role in consciousness. Neuroscientists postulate that it’s this directness to the limbic system that is responsible for the distinctively emotional nature of olfactory memories. In addition to its role in emotions, the hippocampus is also the main center for memory formation and consolidation. A close and direct route from the olfactory bulb to the hippocampus, then, may result in the ability of smells to trigger particularly vivid memories.

We invite you to learn more by reading our white paper that reviews such topics as:

If you enjoyed our white paper and are interested to receive more content on trends and industry related topics, we invite you to register to our Flavor & Fragrance Newsletter and our Cosmetics and Personal Care Newsletter.