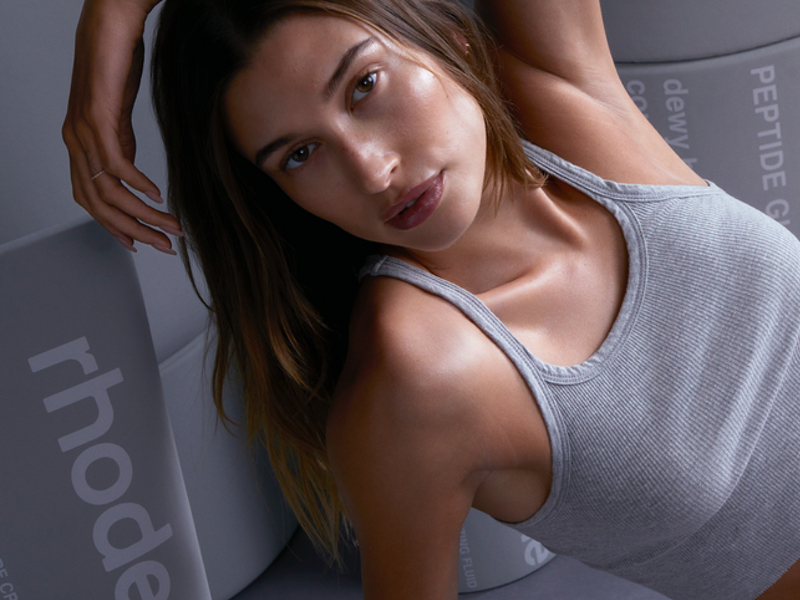 Hailey Bieber's new brand Rhode Skin is being sued for allegedly infringing upon a fashion label's trademark for 'Rhode'.

A lawsuit filed by legal representatives of Rhode, a clothing company founded by Purna Khatau and Phoebe Vickers in 2013, claims the supermodel does not have the right to use 'Rhode'.

It argues that Bieber attempted to purchase the 'Rhode' trademark from Khatau and Vickers in 2018 and that, after the fashion entrepreneurs declined the deal, Bieber continued to seek registration for the name for clothing and eventually cosmetics.

The action, which was filed in Manhattan federal court, also accuses the 25-year-old of using her social media clout, including a 45 million follower-strong Instagram platform, to "squash a woman and minority co-founded brand that simply cannot compete with her immense fame and following".

Rhode, the fashion house, has 193,000 Instagram followers. Meanwhile, Rhode Skin garnered more than 200,000 before posting a single image on the social media platform.

The American ready-to-wear label claims that Bieber's Rhode, which is the model's middle name, will confuse consumers.

It adds that Rhode Skin's affordable positioning will negatively impact the prestige branding of the plaintiff.

"​​We admire Hailey. She has worked hard and earned the ability to create her own skin care line," said Khatau and Vickers in a statement on Instagram.

"We don’t want to sue Hailey; we want to celebrate her. As fellow women entrepreneurs, we wish her every success.

"Hailey could choose any brand for her skin care line. We have only the brand name 'Rhode' that we’ve built."

The duo said they are "confident in the lawsuit's outcome" and that Bieber's brand is hurting their company, employees, customers and partners.

"Trade marks afford their owners the opportunity to try and control third party use like this. Often it is about who has the better rights.

"That is why new brands should always check if there are other brands with similar names out there before they use them.

"It remains to be seen whether the parties here can find a way to coexist or whether they fight it out."

The lawsuit is not the first time Rhode Skin has been accused of misleading consumers.

A British natural beauty brand called Rhodes Skincare and founded in 2004 told Cosmetics Business of the financial losses Bieber's Rhode Skin has caused since its launch on 15 June.

Rhodes Skincare claimed it received an unprecedented amount of orders from fans of Bieber believing it was the model's brand, but later refunded the orders.

Rhodes said this has significantly affected the business as its previous policy meant it paid a percentage of the refund cost.

It had to shut down shipping to the US as it revised its returns policy to protect the business as a result.

Previously, Rhode Skincare's policy meant it paid a percentage of the refund cost.

The lawsuit follows years of trademark struggles for Bieber.

The wife of Justin Bieber first filed a trademark for a beauty brand called ‘Bieber Beauty’ in April 2019, but the application was rejected over confusion with her husband's business.

A successful trademark application was then completed in 2021 for 'Rhode.'

Rhode Skin sold out within three days of launch. The line-up included a Peptide Glazing Fluid, a Barrier Restore Cream and a Peptide Lip Treatment.