Leighton Denny parts ways with the nail brand he created

After more than 10 years at the helm of his eponymously-named company, Denny says he is "ready for a complete change" 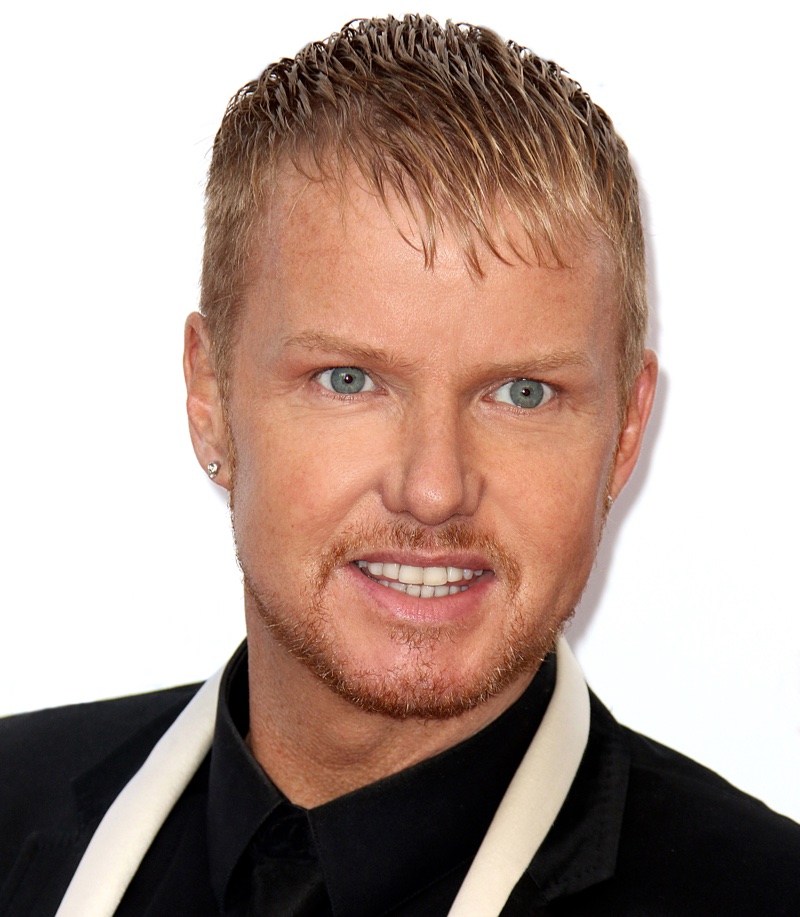 Leighton Denny has announced he is stepping down from his role as Creative Consultant of Leighton Denny Expert Nails (LDEN), leaving the company he created and put his name to.

Denny founded the nail polish brand in 2005 and was the Creative Director the company before he decided to take a sideways step 18 months ago, to work part-time in a consultancy position.

Previously a forklift driver in Bradford in the North of England, Denny claims that after spending time in the US he saw a gap in the luxury nail industry leading him to open his first salon in Bradford before expanding to London.

In 2015 he was awarded an MBE, an honour presented by the Queen, for his services to the beauty industry.

“I am proud to have created LDEN and care deeply about its future, but I'm now ready for a complete change. I leave knowing LDEN is with a qualified team and one of the strongest ranges of products in the nail industry,” he said.

“I could not be more proud of the company’s product range and what it currently stands for. In leaving, my goal is to allow the team at LDEN a clean start from S/S 2017. I’m extremely honoured to have founded and led this company and proud to have worked with so many great people.”

Despite leaving the company, Denny is still the major shareholder and will remain a Director of Leighton Denny Ltd, the company that owns the LDEN trademark.

The rights to the LDEN trademark are licensed by Richards & Appleby Ltd, which has complete control of the range, formulae and all new products in development.

Leighton clarified on Facebook his relationship with the brand and to reflect on his career: 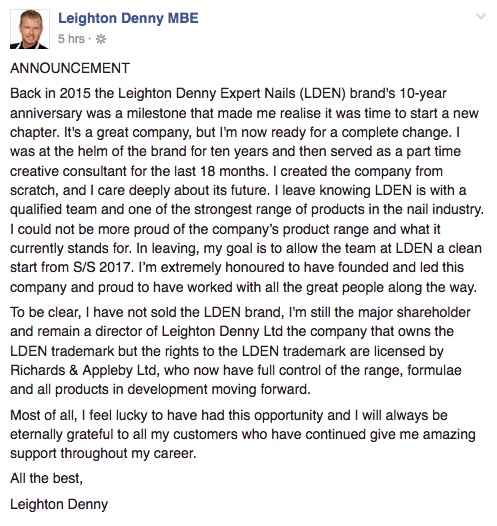 Denny famously released an autobiography entitled How I Nailed It! in July 2014. In the rags-to-riches tale, Denny takes readers through the progression of his career from humble beginnings to king of the empire.

He said: “I will always be eternally grateful to all the customers who have continued to give me such amazing support throughout my career."