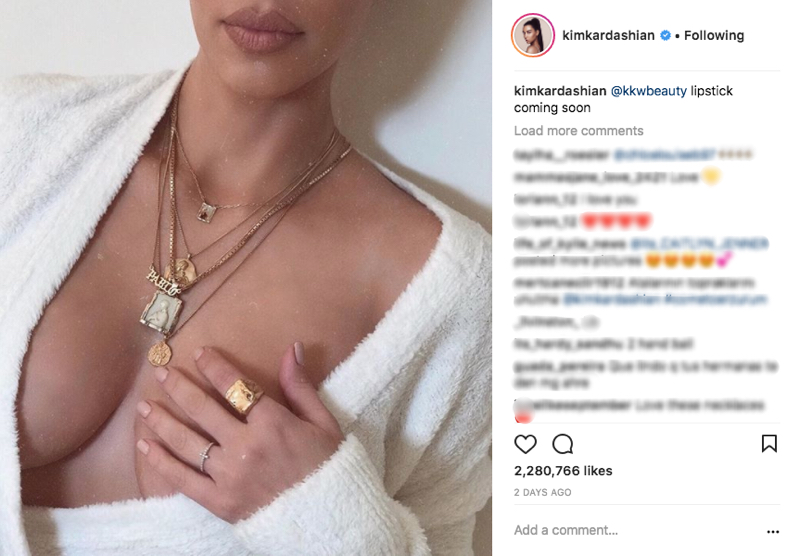 Kim Kardashian is still basking in the glow of the success of her new fragrance line Kimoji Hearts, but the reality star has just announced she is expanding KKW Beauty – again.

In the Kardashian-Jenner family, lipstick has traditionally been Kylie Jenner’s expertise but Kim took to Instagram to reveal that a new KKW lipstick collection is coming soon.

Although the beauty brand-owner hasn’t revealed details of the new range, in the image she is seen to be wearing a nude shade and the product is likely to be in bullet form as KKW Beauty already features liquid lipsticks.

The launch of Kimoji Hearts line last week– made up of three different fragrances called Ride Or Die, Bae and BFF – sold out within four days of its release and reportedly made Kim $10m.