Despite recent decisions by two major players to withdraw from the Chinese market, China's fast growing cosmetics and toiletries market still presents ample opportunity. This article delves into the different categories of consumer in China, including men and those in tier-two cities, and their beauty demands

Personal care product (PCP) multinationals have long been known for their eagerness to invest in China, even during the recent global recession. That is why the decision by two renowned PCP companies to retreat from China in the past month is so remarkable.

The first is US giant Revlon, which announced on 30 December 2013 that it intended to pull out of China. According to the company, sales in China represent about only 2% of its total net sales annually. Across the Asia Pacific region, the company’s declining sales in China in 2012 and 2013 offset gains in Japan and Australia. The move will cut about 1,100 jobs, primarily in China, and is expected to save the company about US$11m annually.

France based L’Oréal quickly followed suit in January by pulling its Garnier brand from China. The mass market hair care and skin care brand’s product lines for men and women have been sold to Chinese consumers. 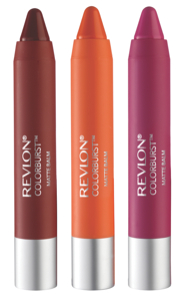 “We believe this move will enable us to focus on our two major mass market product lines – L’Oréal Paris and Maybelline – and to help us get sustainable, more robust growth in China,” comments a L’Oréal spokesperson in Shanghai, adding that sales of Garnier have accounted for only about 1% of L’Oréal’s mainland China sales, which grew 11% year on year in the first nine months of 2013, according to the company.

Without being privy to the reasons why these brands are leaving China, analysis argues that multinationals are having an increasingly tough time because of the fierce competition waged by rising Chinese domestic brands. “We estimated there are at least a thousand brands for facial cream alone in the Chinese market, which is huge but highly fragmented. It’s easy to enter the market, but takes a lot of effort to be a winner,” says Joily Zhang, Nielsen Chinas Associate Director. Nielsen tracks consumer sales – including personal care products data – from four retail channels: convenience stores, grocery stores, supermarkets and hypermarkets.