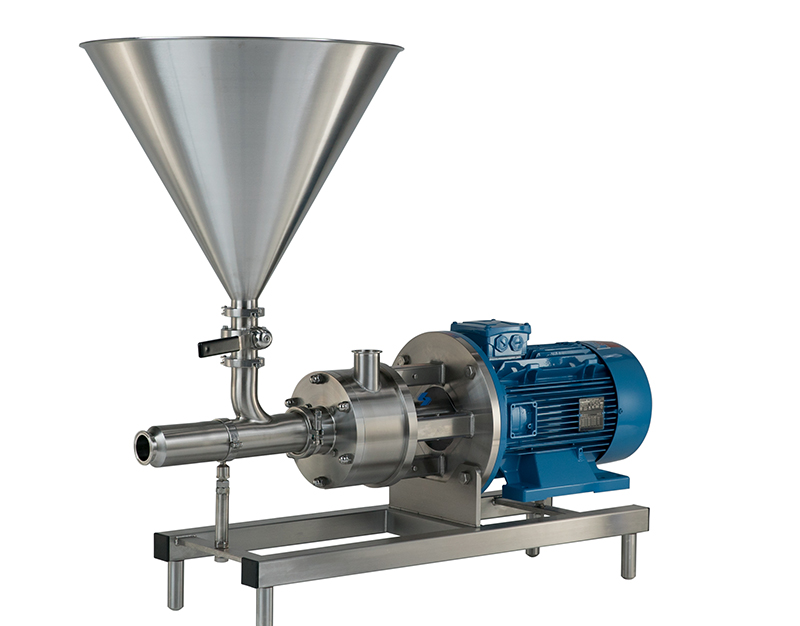 A natural cosmetics manufacturer have purchased 5 Silverson Flashmix FMX50 powder/liquid mixers for dispersion of Xanthan gum after their previous equipment cost them over £122,000 in repairs.

The company contacted Silverson due to the damage caused by their previous processing methods, which was halting production and costing them a lot of money in repairs. They were producing a 3% solution of Xanthan gum in water using a mixer from another supplier for volumes of 3000 to 4000 litres.

They'd been using the vacuum in the vessel to suck in the Xanthan gum powder, so the powder was immediately exposed to the entire quantity of liquid in the vessel before being mixed.

This happened 10 times in a year resulting in more than £122,000 in repair costs and even more money wasted due to loss of production!

They decided they had spent enough money and contacted Silverson for a solution. A Silverson powder/liquid FMX50 with 40 litre hopper was sent to the customer for on-site trials but at the same time they were also trialling a competitor’s inline disperser.

The mixers were installed in a recirculation loop from the existing mixing vessels and both mixers performed well. But the Silverson FMX50 did the same job at a fraction of the cost of the competitor’s mixer.

The company also commented on the simplicity of the hygienic FMX design and how easy it was to perform maintenance related work on the machine.

As a result, over the last three years the company have purchased a total of 5 Flashmix powder/liquid mixers from Silverson that have become an integral part of their process.

Since they have been using the Flashmix to incorporate the Xanthan gum they've had no maintenance issues and production has been able to remain continuous.