The make-up industry in the UK has seen a massive boost thanks to the image conscious, peer driven selfie shopper 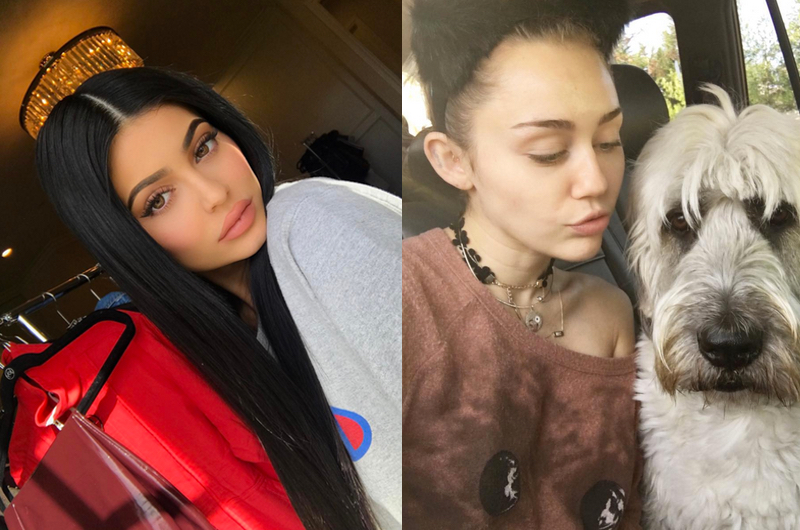 These celebrities reportedly took the most selfies in 2016/ Credit: Instagram @kyliejnner @mileycyrus

Colour cosmetics is now the top-performing category within the UK health and beauty industry, thanks to the selfie generation.

Figures from market analyst IRI reveal that millennials have pushed the colour cosmetics market to almost hit the £1bn milestone.

Bronzers saw the highest growth of 85%, then face primers with a 40% increase, while lip glosses and pressed face powders were some of weakest in the category with a decrease of 5%. 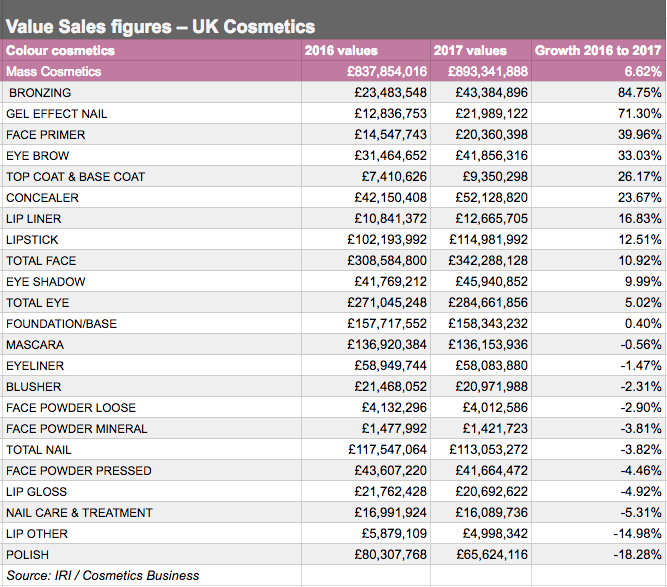 The trend for eyebrow grooming continues to grow and now worth £42m in value sales, up £10m over the previous year. More than nine million units of eyebrow products were sold in just 12 months from March 2015-March 2016.

The research firm attributes models like Cara Delevigne to driving the make-up category and believe that the thicker eyebrow trend will see 2017 through.

However, IRI said to expect more bleached brows, the use of glitter and other techniques to enhance the brow area.

Chloe Humphreys-Page, Retail Insight Director at IRI, believes the boost in sales is being driven by consumers who are more willing to experiment with their looks.

“Consumers are heavily influenced by social media and by their peers, and this has led them to be more experimental in their choices and prepared to try new things with cosmetics,” she said.

“The result is that there is a lot more new product development among brands in this space, for both female and increasingly male cosmetics, leading to a wider and often more interesting choice of items within stores and online.”

The age of contouring also appears to have come to an end, says IRI.

“The kinds of contouring we see on reality TV now has a more subtle look, ‘non-touring’ as it’s called – a technique that uses minimal products to give more of a no-make-up look to the face,” added Humphreys-Page.

“The overall effect is one of a natural dewy appearance, using primers and liquid or powder highlighters and illuminators, and we expect this is where brands will be investing new product development budgets.”

Mainstream media is also telling consumers that contouring is passé and even the ‘Queen of contouring’ Kim Kardashian has moved on.

Celebrities such as Gigi Hadid, Kendall Jenner and Blake Lively have all been spotted sporting a more natural look and consumers may well be influenced.

“The impact of the so-called selfie generation is not just driving sales for certain cosmetics, but also boosting demand for ancillary products, like eyebrow kits, sponges, pencils and brushes.”