As the hand sanitiser business catapults to new heights, Cosmetics Business finds out how some makers are negotiating around the regulations for commercial gain 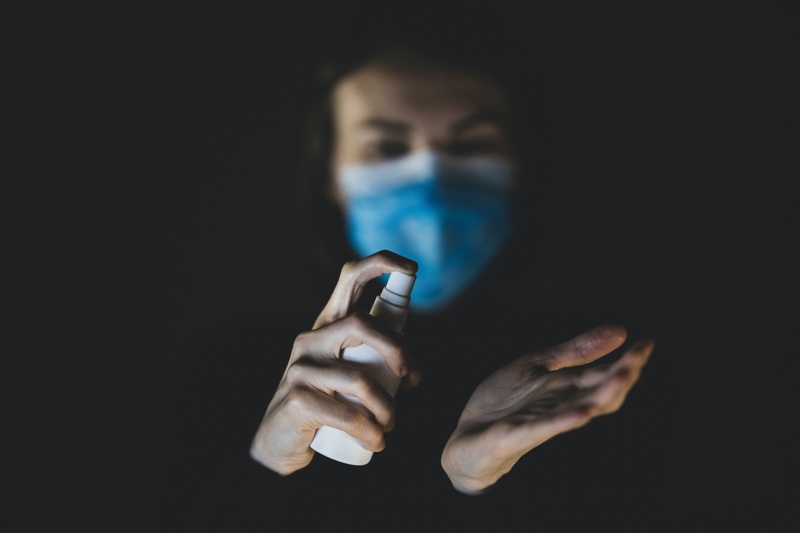 Shopping aisles bereft of soaps and pharmacists bare of painkillers were both early warning signs that infections of Covid-19 were rising. But there was one hygiene product in particular that became like gold dust virtually overnight: hand sanitiser.

Much like a favoured hand cream or lip balm, keeping a tiny travel-sized hand gel at the bottom of handbags, coat pockets and car glove compartments has become ingrained in consumers' everyday routines.

According to a study by bathroom brand Baylis & Harding, two thirds of parents say using hand sanitiser is now normalised among their children, with 40% of respondents that have children between the ages of ten and 12 agreeing their children carry hand gel with them everywhere they go.

Moreover, the category’s compound annual growth rate (CAGR) is set to catapult almost 25% by 2027, as health-conscious consumers’ demand for the convenient colourless liquid grows exponentially. But what’s the cost for this added protection?

“Not everyone was out for the sanitary crisis”

As the global demand for hand sanitiser skyrocketed, suppliers were inundated with requests for primary components ethanol and isopropyl, which rendered some unable to keep up.

In response, manufacturers across the globe and a variety of industries stepped in to show solidarity as the pandemic crippled national health services.

Among these were beauty goliaths LVMH, Estée Lauder Companies, Coty and L’Oréal, who repurposed their production lines to make hand sanitisers as sales spiked.

But while most were showing the world a moment of unity, others saw the pandemic as a moment to cut corners and exploit consumer fear by profiteering from substandard practices.

Not playing by the rules

As the pandemic began to rip through countries worldwide, the World Health Organisation (WHO) set out guidelines on how manufacturers new to the hand sanitiser space could join the battle.

Under the European Commission’s Article 55 derogation clause, non-authorised biocidal companies were allowed to register their hand sanitisers on the market – upon acceptance of country officials – as long as the new product conformed with WHO’s recommended hand sanitiser formulas; one with ethanol as the main ingredient, at a concentration of 96%, or an isopropyl alcohol-based hand sanitiser at 99.8% concentration, combined with glycerol, hydrogen peroxide and water.

However, getting hold of these ingredients was easier said than done due to global shortage. This put pressure on companies to deliver product and tempted some to deviate from safe formulas to capitalise on the surge in demand. 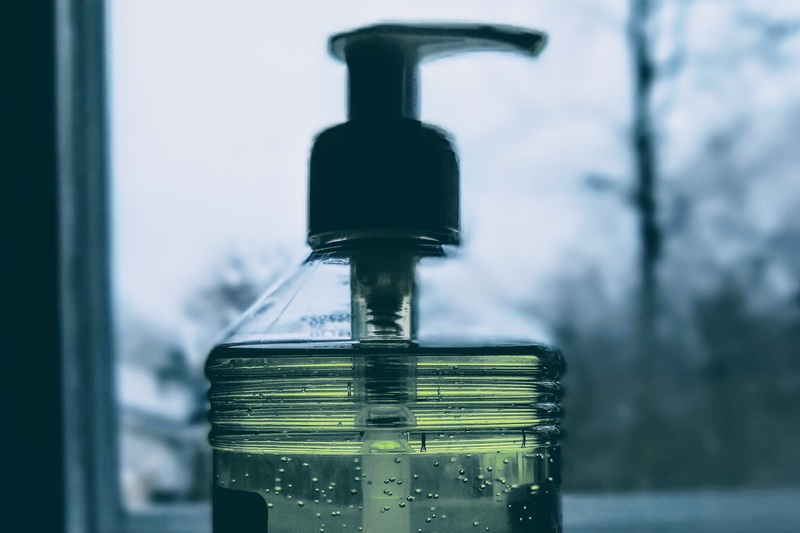 “During the sanitary crisis, you’re allowed to manufacture WHO standard formulations if you’re not authorised to do so,” Univar Solution’s Global Director Commercial Communications, Arnita Wofford, tells Cosmetics Business.

“Hand sanitisers have to have, legally, in order for it to be a hand sanitiser, depending on the country, a minimum of 60-70% alcohol. But not everybody played by the rules and there were some companies that were making ‘hand sanitisers’ that had nothing to do with those formulas and were not at all conforming to that 60-70% minimum. Some of those bottles were tested and turned out to have 3% alcohol – that’s not even effective.”

She adds: “Not everyone was out for the sanitary crisis, some people were out for commercial gain only. That’s part of the risk when you open up a market, that you do sometimes have people who take advantage.

“For us, we were really vigilant in selling our raw materials. Even ethanol or hydrogen peroxide, glycerol, things we sell all the time, we did not sell it in large quantities to unknown companies.”

Wofford also notes that due to the severity of the crisis, country officials expected producers to be above board. “The problem is, in this particular crisis there’s so much other important work going on that you’re almost expecting people to be above board and to do the right thing and not endanger consumers,” she says.

Almost a year since Covid-19 broke out, the European Commission has received six notifications from member states of biocidal hand gels or sanitisers that are non-compliant with these regulations and, as a result, putting consumers at risk.

These included products from Symex, Shield, Vecteur Energy, On Dermo, Ficomed and MissLife. All of the products were found to be non-compliant with the Classification, Labelling and Packaging (CLP) Regulation (1272/2008) and Biocidal Products Regulations (528/2012).

Some had inadequate alcohol levels to knock out the common cold, let alone the potentially deadly Covid-19, while others contained the toxic ingredient methanol.

“Methanol can cause headaches and potentially blurred vision, because if it’s absorbed through your skin and then travels through the blood it can have an affect on the optic nerve.”

In the European Union, methanol is not registered by the EU’s Registration, Evaluation, Authorisation and Restriction of Chemicals (REACH) and is regarded, by ECHA, as a toxic substance if swallowed; it is also toxic upon contact with the skin and if inhaled.

The most worrying of the incidents reported include MissLife’s Hand Disinfectant. Originating in Turkey, the product was found to contain more than 11% methanol, while the required hazard pictograms and warnings were missing on the packaging.

Sheild’s Hand Sanitiser Gel measured just 0.05% ethanol and 0.1% propan-2-ol, and contained 3.4% value of methanol. This product was circulating online via eBay and was produced in the UK.

Meanwhile, Vector Energy’s Hydroalcoolic Antibactérien product measured less than 35% ethanol and did not include the correct labels. It originated from France.

It is worth noting here a bureaucratic technicality. Ethanol is currently undergoing a formal review process to be used as a biocide in the European Union.

However, according to the BCR legislation, it is presently allowed as an ingredient in extenuating circumstances: “Products containing new active substances that are still under assessment may also be allowed on the market where a provisional authorisation is granted.”

This means there are “no specific BPR requirements for the grade of ethanol that can be used in such biocidal products”, however, propan-2-ol-based hand sanitisers do have approval to be used as a biocidal active ingredient. 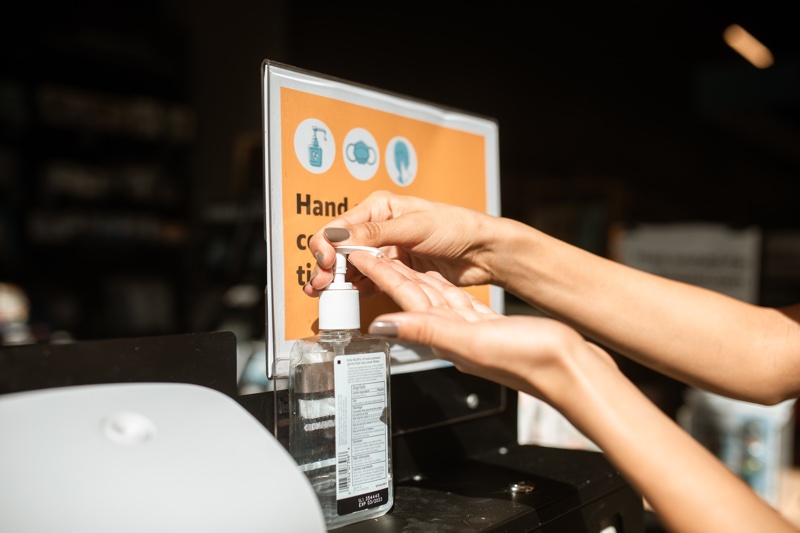 Due to ethanol’s lack of registration producers do not need authorisation from the UK’s Health and Safety Executive (HSE), the region’s government agency responsible for regulation of workplace health and safety, in order to be used as a biocidal ingredient.

“Authorisation is only required once the biocidal active substance in their formulation has completed a review for its safety under the Biocidal Product Regulation (BPR),” the HSE tells Cosmetics Business.

“Some common biocidal active substances, such as ethanol, are undergoing that formal review process, so products based on these actives do not yet require authorisation,” the group added.

In the US, regulations on hand sanitisers differ somewhat.

“It is the responsibility of firms that manufacture OTC [over the counter] drug products, such as hand sanitiser, to comply with all requirements and to ensure that their products do not violate the provisions of the Federal Food, Drug and Cosmetic Act and FDA regulations,” a spokesperson from the country’s Food, Drug and Administration spokesperson tells Cosmetics Business.

In contrast to the European Union, all hand sanitisers are classed as drugs. Therefore, in order to produce a biocidal hand sanitiser during the pandemic manufacturers must either follow the FDA’s temporary policies for producing alcohol-based hand sanitisers, follow the OTC monograph or submit a New Drug Application for approval.

“The monograph lays out four ingredients that should be used in order to create hand sanitiser that’s acceptable and won’t come under enforcement judgement from the FDA,” the spokesperson added. 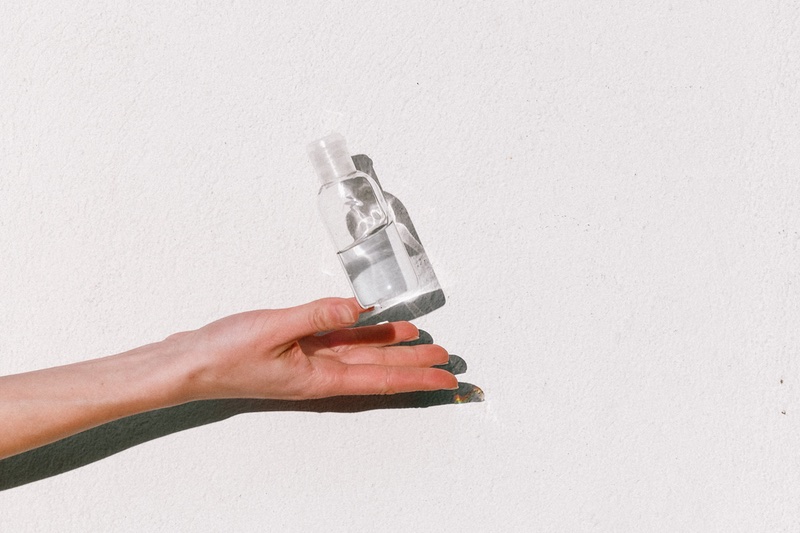 To begin production, companies must also register their products in the FDA Drug Registration and Listing System. Upon listing, firms receive automatic confirmation from the FDA and “do not need to wait for further communication from FDA before the firm can begin to distribute these products”.

But, similar to the European Union, manufacturers are given a certain element of trust to ensure products that are being brought to market are safe for consumers, and due to the nature of the coronavirus pandemic, the FDA is restricted in its ability to carry out regular checks that would need to be carried out in a non-Covid world.

This includes site visits to 3,500 newly-registered companies that are now producing hand sanitiser in the US. The governing body also reminded consumers that no hand sanitiser is FDA-approved, despite many claiming to have received the fictitious certification.

“So, we’re allowing certain entities who usually aren’t drug manufacturers and haven’t registered as drug manufacturers to step in and make these products, as long as they imply and follow the requirements that we’ve put out in our guidance. But if they do deviate from the guidance they’re subject to enforcement actions from the agency.” the FDA added.

Predictably, the result is more than 200 sanitisers registered on the FDA’s website as being unfit for public use.

Among those named by the FDA was Mexican-based cosmetics company AAA Cosmética. Once again coming up on the radar was the toxic ingredient methyl alcohol, or methanol. More than 20 batches of the company’s Advance Hand Sanitiser were reported to contain the toxic ingredient, which is commonly used for industrial purposes including, but not limited to, solvents and antifreeze, and which can cause damage to consumers’ optic nerves if ingested.

“With methanol it can be that people have used it as a direct ingredient or sometimes, more worryingly, it can be listed as a trace ingredient within raw materials, just because of the way that you produce ethanol,” says Becky White, Baylis & Harding’s Global Head of Product and leader in formulating the bathroom brand’s hand sanitiser products.

“Methanol can cause headaches and potentially blurred vision, because if it’s absorbed through your skin and then travels through the blood it can have an affect on the optic nerve.

“Obviously it’s not quite as quick as it would be if you ingested it and depends on the person’s skin type. So, if a product with methanol was applied to a child’s skin, their skin’s a bit more porous, so it can have disastrous effects if a child were to use a hand sanitiser containing methanol.” 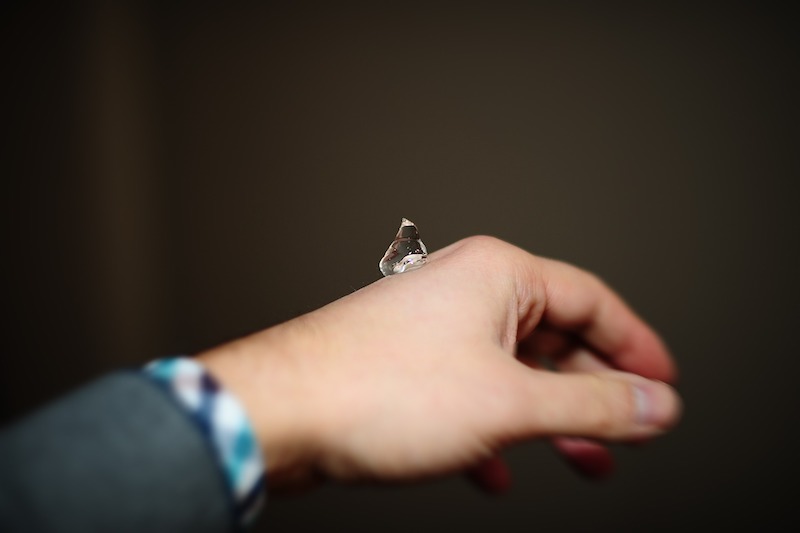 AAA Cosmética did not respond to Cosmetics Business’ questions on how methanol had found its way into the supply chain.

Only time will tell if the regulations will be able to catch up with the exponential increase in hand sanitiser production, but Mintel’s Associate Director of Beauty & Personal Care, Alex Fisher, believes the trend, particularly among beauty brands, is showing few signs of slowing down.

“What we’ve started to see over the last couple of months is more and more brands thinking about how they can, not just capitalise on the market, but thinking about how hand sanitisers and soaps are going to become a bit more of a mainstay in people’s routines and so how they can maybe incorporate something like that into their wider portfolio, within beauty especially.”

Few categories have emerged unscathed by the pandemic, least of all hair styling and make-up. But Fisher believes, in an unknowing way, Covid-19 has given hand soap the revival it was in need of.

“This is sort of the moment that liquid soaps and that market has been waiting for. An innovation boom.”

Again, the question remains, at what cost?