Marking World Vegan Day with a new era in plant-based

The nettle sting makes the skin tingle before your own serotonin gets to work to heal blemishes and redness leaving you with a lifted, more radiant complexion 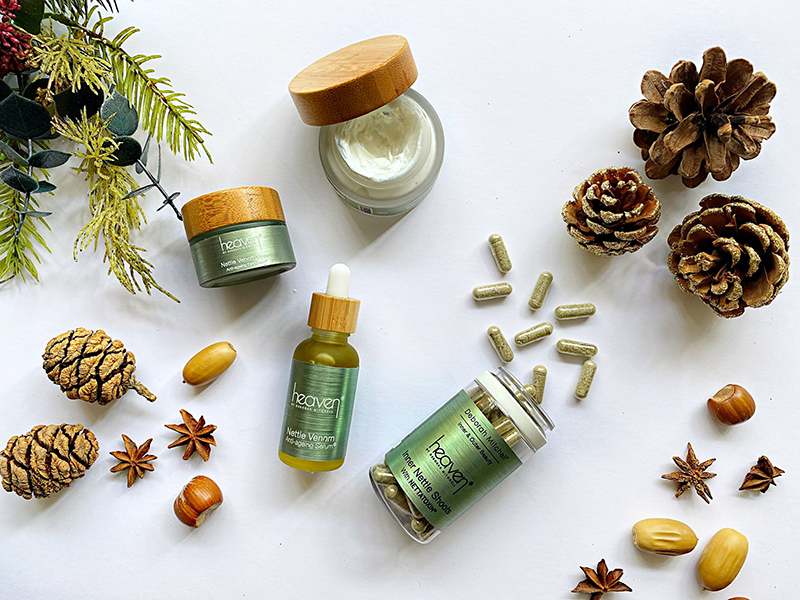 “It took me four years to develop my vegan formula; but I’ve been delighted with the response from my customers since I launched Nettle Venom during lockdown last year – in fact it sold out in the first few weeks and quickly became one of my best-sellers. And I’m not surprised; figures show that vegan beauty is growing more than any other plant-based sector. Of all the vegan items launched in the UK in 2020, 82% of them were in the beauty category.”

How does nettle venom work?

The venom of the nettle causes a similar reaction to that of bees when they sting – the skin goes into rapid repair on first contact. The nettle sting makes the skin tingle before your own serotonin gets to work to heal blemishes and redness leaving you with a lifted, more radiant complexion. With regular use the skin continues this healing action, smoothing lines as it does so. The power comes from the skin’s own rebuilding system to tighten, firm and renew.

Deborah Mitchell's other vegan heroes are:

Heaven celebrates a successful year
Skin saviours to beat festive stress
The perfect stocking fillers
Give the gift of heaven this Christmas
The Autumn Essentials
Heaven's skincare horror stories
The must-have skin boost that you just spritz and glow
Passport, tickets... skincare!
For a heavenly Father's Day
How a dream about bees became a global skincare success
Changing your skincare with the changing seasons
Skincare to put a spring in your step
Perfect skin for Mother's Day
Made in Britain for more than 25 years
Heaven launches new skin saving beauty drops