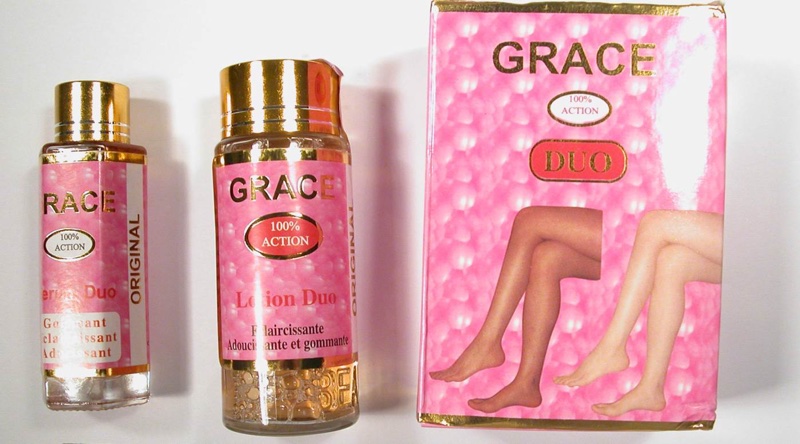 A man from South London, UK, is believed to be the first to land prison time for selling illegal and dangerous skin whitening products.

He received 20 months prison time, a company fine of £1,500 and costs of £5,000, after pleading guilty to nine offences relating to the supply of skin lightening products containing the ingredient hydroquinone, banned under European regulation.

One product in question, Grace Duo, was found to contain 17% hydroquinone and also breached regulations by having no manufacturer's details or English language labelling.

The product, believed to have been produced in Western Africa, was previously seized by Trading Standards in January this year, after Southwark Council bought three illegal products on eBay, prompting an inspection of Bharodawala's business premises.

Hydroquinone can cause serious skin, liver and nervous system damage when applied topically.

Cllr Evelyn Akoto, Cabinet Member for community safety and public health, said: “Southwark Council works tirelessly to protect shoppers in Southwark and beyond from irresponsible traders seeking to profit at the expense of their customer’s health.

“These results show that businesses cannot hide by selling illegal goods online and that the courts will severely punish those who repeatedly break the law.

“I fully support the Judge’s decision to bestow the severest sentence in such a case, and hope that it acts as a serious deterrent to anyone thinking of dealing in dangerous skin lightening products here in future.”

Bharodawala was a Director of Jennys Cosmetics Ltd based on East Street in London, but has now had this title stripped for four years.

His brother Abdul Kadar Bharodawala, 35, of Haldane Road, London E6, was also sentenced after further investigations revealed the eBay transactions were linked to Jenny's Online Limited, a business which he ran.

After pleading guilty to three offences, he received a one year community order, 80 hours unpaid work, a £500 fine and £4,500 in costs.