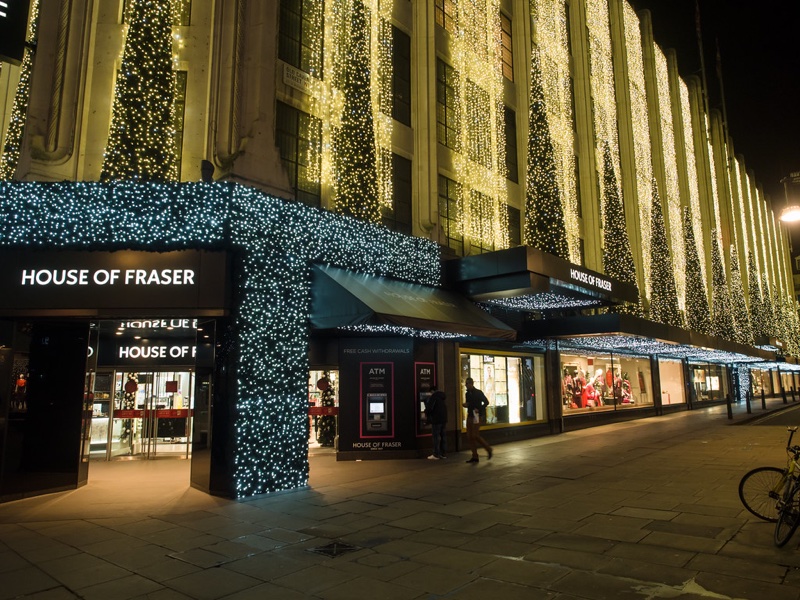 Despite the government giving businesses a 12 month hiatus from the controversial tax, Ashley said the decision had “kicked businesses when they are clearly down”.

Retailers have been one of the hardest hit sectors by the nationwide lockdown caused by the coronavirus pandemic.

The retail group Frasers, owned by Ashely, said in a statement, as reported by City AM: “We expect that the government’s inaction will drive further stores and businesses on our high streets into closure, in the process costing many people their jobs and livelihoods.

“There are House of Fraser stores paying no rent but still losing money and that a business rates correction could dramatically change the situation in terms of saving stores.

“However, with yesterday’s announcement, Frasers Group will again have to carefully review the viability of stores within its portfolio.”

The British department store, which stocks beauty, fashion and home lines, has suffered a tumultuous 24 months after falling into administration in 2018.

But the retailer failed to bounce back after being bought out by the Sports Direct owner, and set out to close 31 of its 59 stores, affecting 6,000 jobs.

In December last year, Ashley said more stores would be earmarked for closure due to crippling business rates.

“The current system is unintelligible to almost everyone but true business rates experts, from the transitional relief to revaluation process and effective dates to base liability multipliers,” said Ashley.