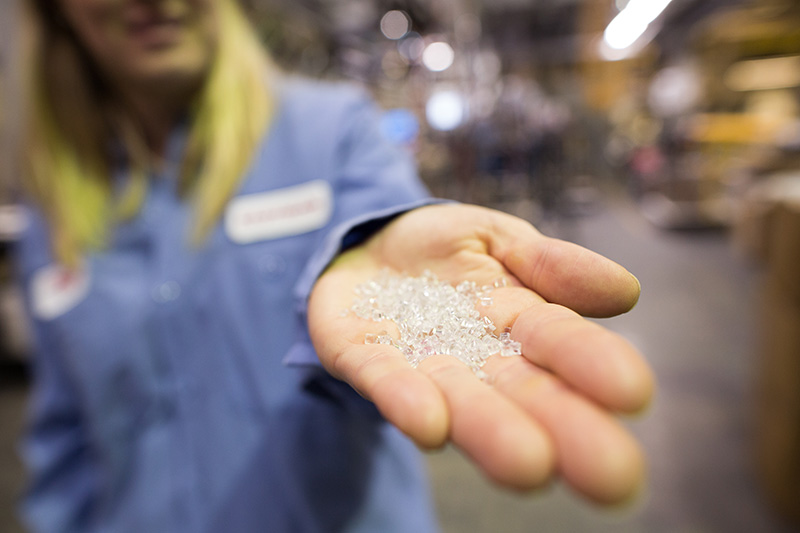 This facility would use Eastman’s polyester renewal technology to recycle up to 160,000 metric tonnes annually of hard-to-recycle plastic waste that is currently being incinerated.

This multi-phase project includes units that would prepare mixed plastic waste for processing, a methanolysis unit to depolymerize the waste, and polymer lines to create a variety of first-quality materials for specialty, packaging, and textile applications. Eastman also plans to establish an innovation center for molecular recycling that would enable France to sustain a leadership role in the circular economy. This innovation center would advance alternative recycling methods and applications to curb plastic waste incineration and leave fossil feedstock in the ground. The plant and innovation center would be expected to be operational by 2025, creating employment for approximately 350 people and leading to an additional 1,500 indirect jobs in recycling, energy and infrastructure.

A circular economy is key to addressing the global plastic waste crisis and the climate crisis, which have both been at the center of attention in France and throughout Europe. This long-term partnership between France and Eastman will contribute to the EU achieving its sustainability goals, by reducing carbon emissions and enabling a circular economy. France has demonstrated tremendous leadership by recognizing the vital role of molecular recycling and supporting investments in innovation.

Eastman’s project has also garnered support from an impressive roster of global brands who share its commitment to solving the world’s plastic waste problem and view molecular recycling as a pivotal tool for achieving circularity. LVMH Beauty, The Estée Lauder Companies, Clarins, Procter & Gamble, L’Oréal and Danone are leading the way by signing letters of intent for multiyear supply agreements from this facility. 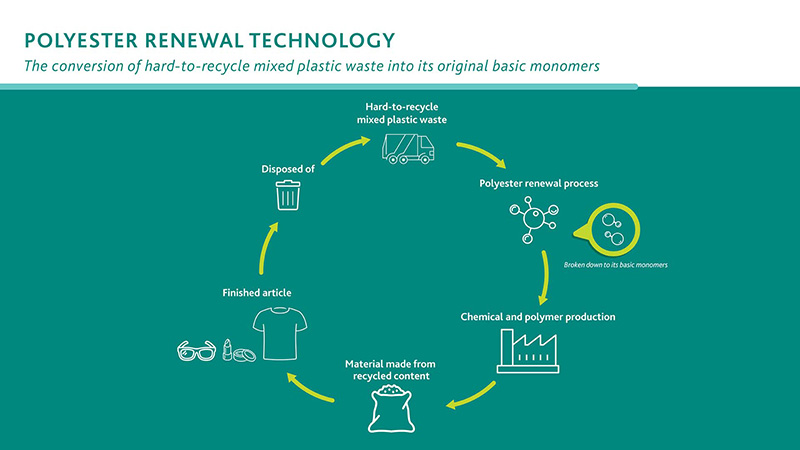 Eastman’s proven polyester renewal technology provides true circularity for hard-to-recycle plastic waste that remains in a linear economy today. This material is typically incinerated because it either cannot be mechanically recycled or must be downcycled with existing technology. This hard-to-recycle waste is broken down into its molecular building blocks and then reassembled to become first-quality material without any compromise in performance. Eastman’s polyester renewal technology enables the potentially infinite value of materials by keeping them in production, lifecycle after lifecycle. With the technology’s inherent efficiencies and the renewable energy sources available in France, materials can be produced with greenhouse gas emissions up to 80% less than traditional methods.

“The investment in France is a significant step forward in Eastman’s strategy to accelerate a circular economy globally. Eastman is proud to partner with the French government to actively contribute to France’s and the EU’s bold commitments,” Costa said. “France has demonstrated their commitment toward a sustainable future and Eastman has set similar, ambitious carbon and circular economy goals. The announcement today has been made possible thanks to the support of President Macron, the French government and its agency Business France, who have worked with impressive urgency to enable and incentivize this large and complex project. We look forward to working together for the long term and offer necessary innovations to recycle plastic waste and protect our planet for future generations.

“The plan to build the world’s largest plastics recycling facility in France is an important part of our overall circular economy strategy,” Costa added. “Today’s announcement is a key milestone towards our commitment, and we expect to achieve additional milestones in the coming months, including agreements related to securing the plastic waste that will be raw material supply, securing government incentives, and the site location decision.”