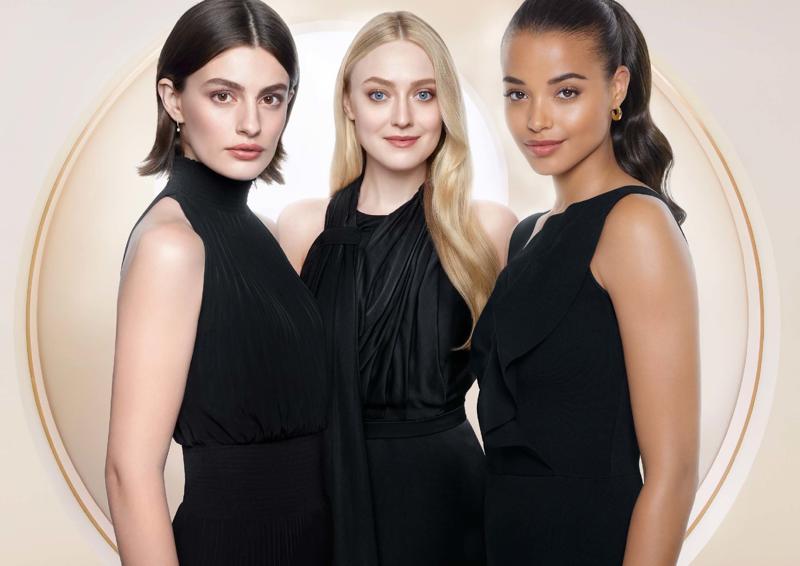 Clé de Peau Beauté, the Japanese luxury beauty brand, is celebrating its 40th anniversary in style by appointing actresses Dakota Fanning, Diana Silvers and Ella Balinska as the new faces of the brand.

The stars are said to have been chosen because they embody key traits of the brand's DNA by being “intelligent and uncompromising”, while representing a global community of women, according to the Shiseido-owned brand.

From this month, Fanning, Silvers and Balinska will promote Clé de Peau Beauté's line-up of new cosmetics and skin care releases over the course of 2022, starring in commercials and attending exclusive media launches, beginning with the brand's 'The House of Infinite Radiance' virtual event.

At the event, designed to celebrate Clé de Peau Beauté's past and future, attendees were able to virtually 'meet' the brand's latest ambassadors as well as exploring products and previewing future releases through interactive touchpoints and bespoke content.

Speaking about her new role, Once Upon a Time in Hollywood star Fanning said: “It’s an honour not just to be asked to represent such a distinguished luxury brand but also to take on this role with talented women like Ella and Diana.

“I’ve always been a fan of Clé de Peau Beauté products and I share the brand’s belief about the importance of embracing and celebrating your unique and individual strengths.”

Translating as 'the key to skin's beauty', Clé de Peau Beauté's products are said to fuse science and elegance, harnessing advanced cosmetics technologies and skin care from around the world, with its make-up and skin care offering including Le Serum, Hydro-Softening Lotion and Lip Glorifier.

Mizuki Hashimoto, Chief Brand Officer at Clé de Peau Beauté, added: “Our 40th anniversary is an important occasion for Clé de Peau Beauté and it is the ideal opportunity for us to celebrate the women that we serve.

“We firmly believe that inner radiance lies at the core of every woman – the brand also recognizes that true radiance is multi-faceted and finds expression in many different ways, each one as uniquely beautiful as the other.

“I’m therefore delighted to introduce Dakota, Diana and Ella, three actors who are truly representative of today’s women, empowered, confident, socially conscious, and always working towards unlocking their own potential and the potential of those around them.”

The actresses are set to star in their debut commercial appearance for Clé de Peau Beauté later this month.