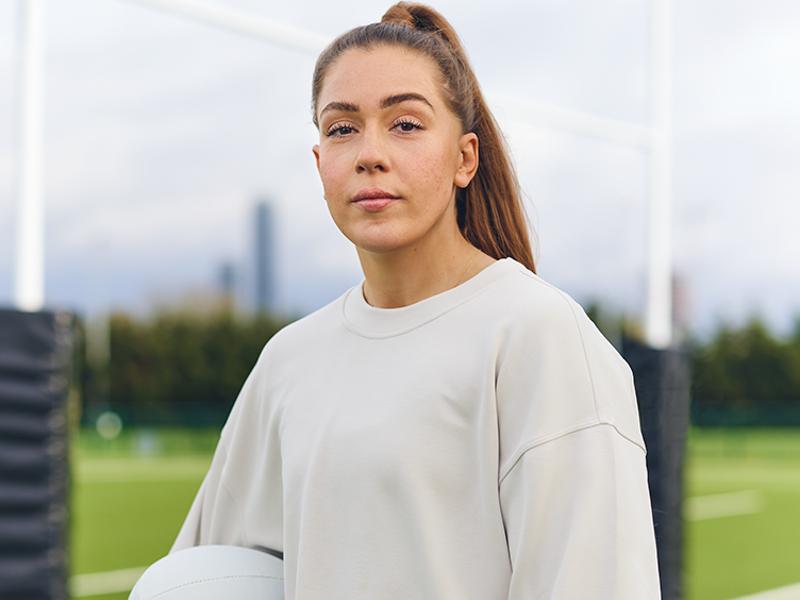 Clinique has teamed up with England rugby star Holly Aitchison to empower girls to be confident in their skin through the power of sport and skin care.

25% of teenagers today are said to suffer from low self-esteem – the majority of which (79%) are girls, according to the brand’s research.

However, 90% said that team sports positively impacted their self-esteem, according to a study by girls charity Ruling Our Experience.

In response, Clinique’s #GameFace campaign aims to boost the impact and awareness of sports – specifically rugby – on girls’ wellbeing by awarding support packages to four grassroots girls’ rugby clubs, which will each receive up to £10,000 worth of support including equipment, education and travel funding.

Six Nations star Aitchison will front the campaign, sharing her own self-esteem journey and the power of both rugby and skin care to make a difference to girls’ confidence across the brand’s social media channels.

“Over the years I’ve really struggled with my skin. I had blemishes everywhere - it had a massive hit on my confidence,” revealed the 25-year-old.

“I wouldn’t take media interviews after games, I would never be seen without make-up.

“Now my skin is clear, I feel much more confident, so I really try to look after it and maintain it with simple products that work for me.”

Beauty on the ball

Women’s sport has been thrust into the spotlight over the last few years, with England’s women’s rugby team claiming the Six Nations title, while football’s Lionesses beat Germany to win the Women’s Euros earlier this year – and beauty brands are taking notice of these powerful role models for a new generation.