The Soil Association has announced the launch of a campaign that calls on beauty brands to be more honest and open about the organic content and claims of their products.

Unlike the food industry, there are no legal standards currently in place for organic beauty, which in turn has led to widespread greenwashing without any transparency over how organic a product truly is.

With this as its primary motivation, the Soil Association is due to launch its Campaign for Clarity to coincide with this year’s Organic Beauty Week (14-21 September). The campaign, which uses the hashtag #Campaign4Clarity, will be promoted via retail tie-ins and other promotional activities.

The campaign aims to raise awareness among consumers of what organic means when it comes to cosmetics. It is also hoped that the campaign will encourage shoppers to seek out products that are certified organic, having gained the stamp of approval from accredited bodies such as the Soil Association. 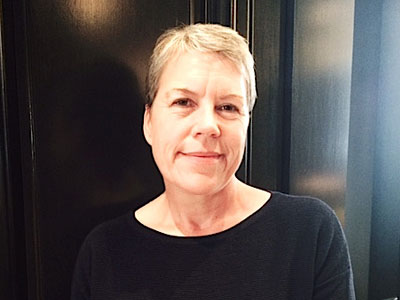 Reporting from the trade press launch of the campaign, Cosmetics Business spoke to Helen Browning, Chief Executive of the Soil Association, who runs a livestock and arable farm in Wiltshire. Browning explained how organic beauty is a growing area for the association, which also accredits products from the farming, animals, food and textiles industries.

Spiezia Organics was also at the event. Amanda Barlow, Managing Director, revealed the brand is due to launch its Mindful Moments organic botanical infusions in September, bringing together hydration and a ’mental reset’. Barlow said: “Skin care is so much more than applying products without any thought. The twice daily cleansing ritual should be used as a time to ‘catch the breath’ and help achieve mindfulness. Mindfulness is thought to aid the release of good hormonal factors that help keep the telomeres or little caps on the ends of chromosomes in tip top form.”

Robert Scott, Director of certified organic brand SKN-RG, meanwhile, was also at the trade event. He explained how his wife first had the idea to create a skin care brand roughly three years ago. In the brand’s early days, the husband and wife duo grew ingredients used in their products at home themselves in order to ensure they were organic. However, as their brand took off, it became all the more pressing for them to align themselves with an organic organisation in order to find like-minded companies to source ingredients from.