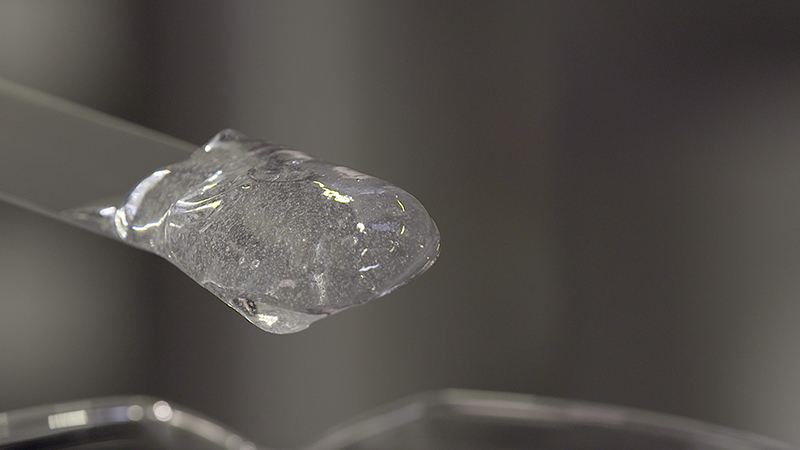 An English toiletries company recently trialed a Silverson Flashmix to help with the production of hair and body care products.

They already used a range of Silverson mixers in their factory, including 2 lab mixers for development work as well as a GX10 Batch Mixer and 600LS In-Line mixer for production with the viscosity of their products ranging from 5,000 to 100,000 cps.

The company wanted to trial a Flashmix Powder/liquid mixer as they had been using a scraped surface agitator to disperse Carbopol into water, but this was not proving effective and the agitator did not give them the shear they needed to disperse and hydrate the Carbopol.

A trial was arranged using a Flashmix in a simple recirculation set up. The trial used approximately 150 litres of DI water and 1.5kgs (1%) Carbopol.

During the trial good flow rate was achieved and the Carbopol was incorporated in under 15 seconds. Aeration was kept to a minimum, and after a brief recirculation period an agglomerate free mix was achieved.

Carbopol is a difficult product to handle as it is a low density powder which will float when added to water and form 'fish eye' clumps if not incorporated correctly. But prolonged exposure to intense high shear can damage the polymer and entrained air is virtually impossible to remove once the solution is neutralised and this can cause clouding in clear gels.

The intense but targeted high shear of a Silverson mixer keeps the mixing time to a minimum, avoiding the possibility of over shearing the polymer and minimising aeration, making it an obvious choice for Carbopol dispersion.

Following the successful Flashmix trial the company also carried out some additional trials with us as they were interested in how the Ultramix head compared to the standard rotor stator assembly on the L5M lab mixer. The Ultramix proved very effective for their requirements, offering further opportunities for future development.

You can find out more about the dispersion of Carbopol in Silverson Machines ‘how to’ video or application report, both available on the Silverson website